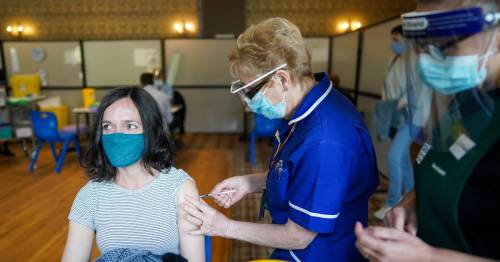 Vaccines minister Nadhim Zahawi has admitted that the UK's supplies of the Pfizer vaccine will be tight over the next few weeks.

But he insisted that the Covid jab stocks were "stable" after doubt was cast on the next phase of the government's roadmap out of lockdown in a report overnight.

However it has been announced over-50s are set to get second doses by June 21, as 25-year-olds became eligible for their first jabs this week.

It comes after Scotland's Health Secretary Humza Yousaf warned supply of the Pfizer vaccine will be "particularly tight" over the next few weeks before picking up again in July.

Mr Zahawi told LBC on Friday morning: "I am absolutely confident, and I'll speak to Humza on this, that we will be able to deliver the Pfizer vaccines that Scotland needs to be able to meet its targets for end of July, as the United Kingdom target." 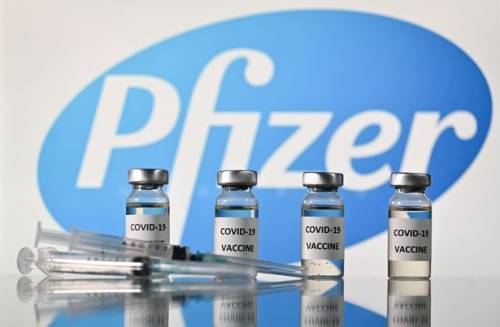 The vaccines minister admitted Pfizer supplies were going to be 'tight' for the rest of June
(Image: AFP via Getty Images)

Asked if it supplies were going to be "tight" in the next few weeks, he said: "It will be, there is no doubt. Every time I've come on your show I've said that the determining factor in terms of vaccine in arms is supply.

"And supply remains finite, but it is stable, and Pfizer have done a great job in being consistent on their delivery schedule."

Mr Zahawi also said ministers were on track to meet a target of all over-50s being offered their second jab by June 21. 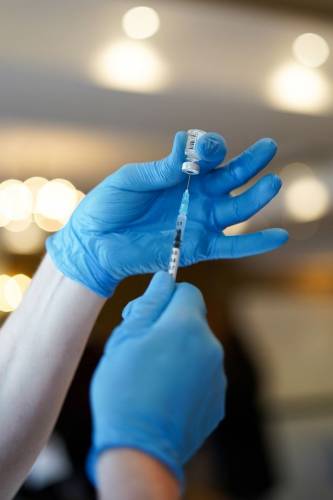 He appealed to anyone who had not yet had a first dose to come forward to get their jab.

"We are on track for offering all over 50s who have had the first jab their second jab by June 21," he told BBC Breakfast.

"We have got very high levels of uptake – in the 90% – but we have got to make sure they get their second jab.

"Anyone who hasn't had the jab, in that 5 or 6% who didn't have their jab, please come forward and have your first jab."

The minister also highlighted that the vast majority of Indian variant cases were in people who had not yet received a vaccine as he urged people to get their jabs.

The i Paper reported overnight that the government is worried the slow-down in Pfizer supplies will delay the June 21 unlocking. 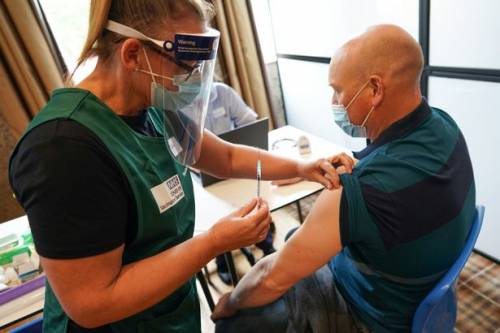 The government has vowed to give all adults at least one dose of a jab by the end of July
(Image: Getty Images)

The report claimed ministers were 'downbeat' about the likelihood of the next phase going ahead, as health authorities race to vaccinate at a rate to curb the spread of the Indian variant.

The strain has become increasingly widespread across the UK in recent weeks, overtaking the Kent mutation to become the most widespread variant.

A decision on the 21 June will be made this weekend and announced by Boris Johnson on Monday, June 14.

However the i reports there are increasing signs ministers will agree a delay of two to three weeks to ensure more people have had both jabs – because two doses are more effective against the variant.

Last Monday Health Secretary Matt Hancock revealed that just three people admitted to hospital with the Indian variant had received both vaccines, based on data up to June 3.

There has been a steady increase in hospital numbers since then, according to the government's official data dashboard.

Meanwhile, over-25s in England are now being invited to book their first jab, as the rollout progresses toward the government's vow to give all adults in the UK a first dose by the end of July.