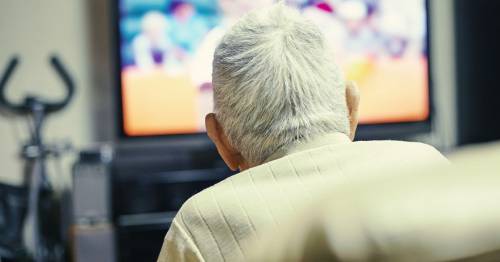 Millions of retirees will be £169 worse off next year in real terms as their state pension is eaten away by inflation.

The news comes as the government is today expected to shoot down demands from the House of Lords for more generous state pensions.

The state pension is due to rise by 3.1% next April despite the government watering down the triple lock and denying pensioners an increase of around 8%.

The triple lock is a political promise that guarantees the state pension will rise by at least earnings growth, inflation or 2.5%, whichever is highest.

The problem is that the 2022 state pension will go up by the rate of inflation in the 12 months to September this year – 3.1%.

That sounds like a lot, and in most years pensioners would be delighted with a 3.1% increase.

But this is not a normal year. Inflation is soaring and could hit 4-5% by the end of 2021, leading to worries this will erode the state pension if it continues.

Earlier this month the House of Lords objected to the government watering down the triple lock, so MPs in the House of Commons will have to vote on the issue again today.

Are you a pensioner that will be affected by this? Get in touch: mirror.money.saving@mirror.co.uk

However, this is still expected to pass today, in a blow to pensioners.

The Centre for Economics and Business Research (CEBR) estimated this will leave pensioners £169 worse off, the Telegraph newspaper reports today.

CEBR economist Sam Miley said: "Pensioners will be particularly vulnerable to rising prices, due to the fact that their disposable incomes tend to be lower in the first place.

"Meanwhile, the nature of inflation at present, being heavily concentrated in utility prices, is also set to adversely affect pensioners, given that this makes up a relatively larger proportion of their overall spending."

How much will the state pension rise in April 2022?

To get the full state pension you need a minimum of 10 'qualifying' years in work and 35 years’ worth of National Insurance contributions on your employment record.

How does inflation work?

Inflation tracks the changing monthly cost of a ‘basket’ of goods and services, such as food, clothing and fuel.

To make the sums easy, this basket is limited and tweaked according to consumer trends.

It is a broad, useful way to monitor how much it costs to buy things.

But if the cost of inflation goes up, it means consumers pay more on average.