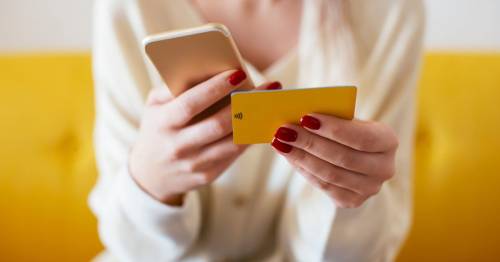 Millions of Brits could be eligible to receive a WiFi voucher from the Government to the value of £132, Money Saving Expert Martin Lewis has said.

The new scheme, called the Flexible Support Fund, has been set up as a form of assistance to help people on Universal Credit, by helping to fund an internet connection at home.

Created through a partnership between the Department for Work and Pensions and TalkTalk, it has the aim of getting people back into employment.

Those who think they are eligible for the free broadband, which has maximum speeds of up to 40Mbs, will have to raise it with their JobCentre Plus work coach.

It is then down to your work coach to decide if you can be accepted for a voucher, Hull Live reports.

If you’re deemed to be eligible, you’ll then be given a voucher to cover you for six months – and there is no obligation to sign up to a TalkTalk contract afterwards.

However, you won’t be covered for extras such as TV services or voice calls.

TalkTalk starts at £22 a month, so the vouchers will be worth at least £132 each.

TalkTalk and the DWP trialled the voucher scheme in Greater Manchester and Cheshire at the start of the second lockdown in 2020 but it has now been rolled out nationwide.

MoneySavingExpert founder Martin flagged the deal as part of his “bill buster” episode of the Martin Lewis Money Show Live on ITV.

He said: “If you are out of work, your JobCentre may be able to put you in contact with TalkTalk to get its free six month broadband for jobseekers.”

If you’re not eligible for the free TalkTalk broadband, and you claim benefits, Lewis flagged two other deals from BT and Virgin that are low in price.

“If you’re on benefits, BT Home Essentials and Virgin Essential are around £15 to £20 per month,” he said.

“Have a look at those two because they can be cheaper than longer-term cheap deals, than competitive market ones.”

BT Home Essentials has average speeds of 67Mbs and costs £15 per month for fibre broadband, or £10 per month for calls only, on a 12-month contract.

As there aren't any early exit fees, you can leave sooner if your circumstances change.

Millions of Brits could be eligible for the vouchers
(

Both new and existing customers can sign up to this package if they claim one of the following benefits:

Virgin Essential also costs £15 per month and you get 15Mbps broadband speed.

This package is for internet only, so no calls or TV are included, and you have to be a Virgin Media customer already and claim Universal Credit.

The deal is on a 30-day rolling contract, so you're not tied into a longer set period of time.