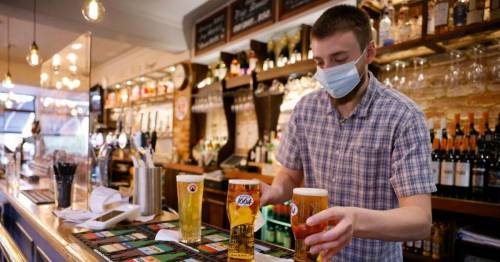 A new bill to boost savings for workers below the age of 18 will enter Parliament today – in a bid to help millions more people prepare for retirement.

MP Richard Holden is due to put forward a consultation which would extend auto-enrolment for pensions to millions of younger and part-time workers.

The current auto-enrolment rules mean bosses must provide a workplace pension for staff aged 22 and earning £10,000 or more.

However, under the changes, the starting age would fall to 18 and the earnings threshold scrapped.

Estimates suggest extending the qualifying age could add around £2.77trillion to British pension savings, a think tank has said.

All employers in the UK must automatically enrol their staff into a workplace pension if they are 22 or over and earning £10,000 or more
(

But Onward, which describes itself as a centre right think tank, said abolishing the earnings threshold and reducing the eligibility age to 18 would boost the savings for some of the least well-off while unlocking billions for investment.

Mr Holden, MP for North West Durham, said the changes would help close the gap between men's and women's pension savings and help millions of people have a more secure retirement.

He said: "Auto-enrolment has been one of the massive hidden triumphs of the last decade in the UK, but sadly millions of hard-working British people aren't benefiting because they're under 22 or simply not working enough hours. I want to change that.

"In 2017 the Government said that it would look at extending auto-enrolment by the mid-2020s but to hit those dates we need legislation now to make it happen and allow business time to phase in these important changes. That's what my Bill will do.

"Nothing could show clearer intent towards long-term levelling up than ensuring that everyone who works hard will see a safer and more secure retirement and I hope that the Government backs my campaign for action now."

In a report titled Levelling Up Pensions, Onward said the change introduced in 2012 to opt workers into pensions automatically saw the proportion of employees in a workplace pension rise from 46.5% that year to 77.6% in 2020.

The report said the current workplace pension participation rate is 20% for 16 to 21-year-olds and 58% for part-time employees.

For full-time employees the figure is 86.4%, the think tank said.

Director of Onward UK Will Tanner said: "Extending auto-enrolment to everyone would achieve two of the Government's key objectives in one fell swoop.

"It would massively boost the savings rates of some of the least well-off in society and it would unlock billions in capital to be deployed towards levelling up and boosting growth.

"Even better, it is a simple, well understood system that already exists, meaning reform would be uncontroversial and straightforward to achieve.

"The Government has already indicated it will look at this, it is time to make good on those promises."

Should the age limit and threshold be scrapped? Let us know in the comments below

Why the state pension is under threat

The Department for Work and Pensions aims to abolish the lower earnings limit and reduce the age for automatic enrolment, but not until the mid-2020s.

A DWP spokesperson said: "Automatic enrolment has succeeded in transforming pension saving, with more than 10 million workers enrolled into a workplace pension to date and an additional £28.4 billion per year being saved since 2012.

"The Government's ambition for the future of automatic enrolment will enable people to save more and to start saving earlier by abolishing the Lower Earnings Limit for contributions and reducing the age for being automatically enrolled to 18 in the mid-2020s, benefiting younger people, low-paid and part-time workers as they will receive contributions from their employer from the first pound earned.

"We want to make sure that these changes are made in a way and at a time that is affordable, balancing the needs of savers, employers and taxpayers."