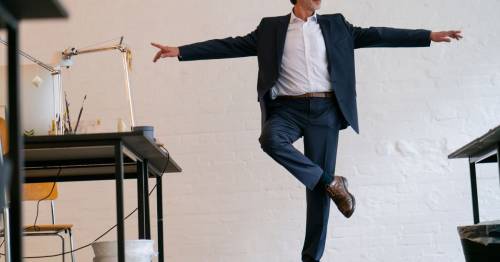 People over 50 who are unable to stand on one leg for 10 seconds are at double the risk of dying in the next decade, a study found.

Researchers believe the “flamingo test” may be an indicator of general health that helps predict those who will live well into old age.

The global study team, including experts from Bristol Medical School, tracked 1,702 participants, aged 51 to 75, from Brazil between 2009 and 2020.

They were asked to place the front of the lifted foot on the back of the opposite lower leg, keeping their arms by their sides and their gaze fixed straight ahead.

One in five people failed to pass the test, with inability to do it more or less doubling at five-year intervals.

Some 17.5% of those who failed died in the study period, compared to 4.5% who passed the balance test.

Once age was factored in, researchers concluded that failing the test was linked to a near-doubling of the mortality risk.

Author Dr Claudio Gil Araujo, of the ­Clinimex Medicina do Exercicio in Rio de Janeiro, Brazil, said: “This test provides rapid and objective feedback for the patient and health professionals.”

Previous : Teenage best friends die in car crash on their way back from day at the seaside
Next : Russian tennis player allowed to play Wimbledon after switching to Georgian nationality