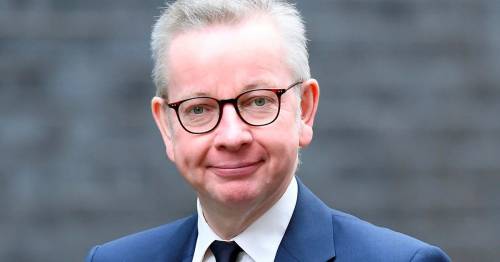 Michael Gove insulted northerners as “dirty and toothless” and made sexist, racist and homophobic jibes in newly-unearthed remarks.

Bombshell recordings of the top Tory at three Cambridge Union debates – one in 1987 when he was a student, and two more in 1993 when he was a journalist – appear to show him making a string of crude comments that would be considered highly offensive today.

In one tape he could be heard hailing Margaret Thatcher’s “new empire”, where “the happy south stamps over the cruel, dirty, toothless face of the northerner”.

In another he could be heard saying gay people “thrive primarily on short-term relations”.

He could be heard adding: “Those of us who’ve spent hours in New York bath houses will realise that in one night you can pack in 15 loving relationships and 300 one night stands and still be none the worse for wear.”

In a third clip he could be heard making a racist jibe, saying: “It may be moral to keep an empire because the fuzzy-wuzzies can’t look after themselves.

Michael Gove, pictured at school, made one of the comments in 1987 when he was a student, and two more in 1993 when he was a journalist
(

“It may be immoral to keep an empire because the people of the third world have an inalienable right to self-determination.”

The tapes were obtained – with brief snippets published – by the Independent, which said the voice belonged to Mr Gove.

Contacted by the Mirror, a source close to Mr Gove did not dispute the authenticity of the recordings – the voice in which sounds like the minister's distinctive lilt.

The Chancellor of the Duchy of Lancaster has not commented.

Mr Gove could also be heard making sexist jokes about then-student, and now-MP Lucy Frazer, including that she had “come from the back streets of the slums of Leeds” and suggested she liked fruit-flavoured condoms.

He could be heard adding: “You can still see something of the poverty there. Unfortunately she wasn’t able to finish her skirt before she came here this evening.”

In yet another clip, Mr Gove said Ms Frazer was "actually capable of tempting me into bed with her”, and appeared to suggest that a college’s entire rugby club had had sex with her.

He added she had done “remarkably well” to come from “the back streets of the slums of Leeds”.

Lib Dem MP Wendy Chamberlain told The Independent: “ Michael Gove should be ashamed that he ever thought these things, let alone said them.

“The Prime Minister should consider whether this is the type of person that deserves to be sat around the cabinet table.

“However, given Boris Johnson ’s own history of disgraceful remarks, I expect this will be another shameful issue he lets go unchallenged.”