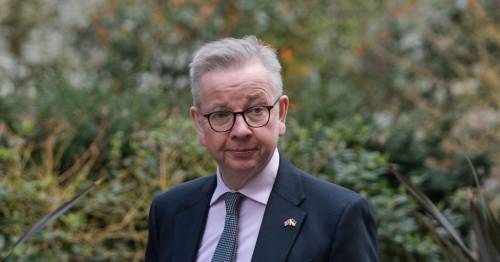 Housing Secretary Michael Gove has suggested the Tories are no longer committed to their manifesto pledge to build 300,000 homes a year by the middle of the decade.

Mr Gove made the comments during a chaotic broadcast round, where he was asked whether his new Levelling Up and Regeneration Bill would help meet the promise made to electors in 2019.

Neighbours are expected to be allowed to vote on whether planning permission should be given for developments on their street under the new bill.

Mr Gove said communities had been resistant to new developments because they "haven't been beautiful" and lacked vital infrastructure like GP surgeries and schools.

The Cabinet minister said people had been unhappy as "far too often you had numbers plonked down simply in order to meet an arbitrary target".

Asked if 300,000 new homes would be built this year, he told the Today programme: "I don't think we're going to hit that target this year."

Pressed on whether the Government would meet its pledge, he said: "We’re going to do everything we can in order to ensure that more of the right homes are built in the right way in the right places."

The top Tory gave a bizarre classical analogy, saying "I don't want us to be tied to a Procrustean bed".

The phrase from a Greek myth where Procrustes tortured his victims by stretching them or cutting off their legs so they would fit into the same sized bed.

Mr Gove went on: "I think it’s critically important that, even as we seek to improve housing supply, we also seek to build communities that people love and are proud of."

Confronted again on whether the Tories would meet the pledge, he said: "Well we are going to everything we can but it's no kind of success simply to hit a target if the homes that are built are shoddy, in the wrong place, don't have the infrastructure required and are not contributing to beautiful communities.

"Ultimately when you are building a new dwelling, you are not simply trying to hit a statistical target. I'm certainly not."

When told the Tories had promised a statistical target, he said: "Well, it’s only one of a number of things that we need to do. We are not bound – I am not bound – by one criterion alone when it comes to development.

"Arithmetic is important, but so is beauty, so is belonging, so is democracy."

The Tory manifesto stated: "We have delivered a million homes in the last five years in England: last year, we delivered the highest number of homes for almost 30 years. But it still isn’t enough.

It comes after former housing secretary Robert Jenrick warned that the Government would miss the target "by a country mile".

"It is a matter of the greatest importance to this country that we build more homes. Successive governments have failed to do this. There's always an excuse," he told MPs on Tuesday

"We've got to get those homes built because we're letting down hundreds of thousands of our fellow citizens. People are homeless today because we're failing to build those houses.

"Young people's rightful aspiration to get on the housing ladder is being neglected because we're not building those homes."