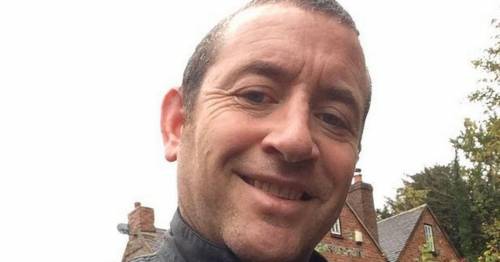 A Met Police officer charged with 21 counts of rape as well as facing accusations of sexual assault and coercive behaviour appeared in court today.

The 47-year-old appeared in Westminster Magistrates’ Court today and only spoke to confirm his name and age.

Chief magistrate Paul Goldspring remanded Carrick in custody until May 27 when he will appear at St Albans Crown Court on all 44 charges.

A sketch of the PC accused of rape and sexual assault
(

Mr Goldspring said: "Mr Carrick, you are here today because there are three new charges against you.

"I formally send all three to the court sitting at St Albans. You will appear there on May 27 to link up with the other charges."

Carrick was arrested in October by Hertfordshire Constabulary and suspended by the Met.

He had previously been attached to the Parliamentary and Diplomatic Protection Command.

Carrick will appear in court later this month
(

– five counts of assault by penetration

– one count of attempted sexual assault by penetration

He will appear for a hearing at St Albans Crown Court on May 27 on all the charges.

Previous : Quebec First Nations leaders call on Pope to visit sites of former residential schools during trip
Next : Former security guard to the Queen jailed for sexually abusing children as young as 13