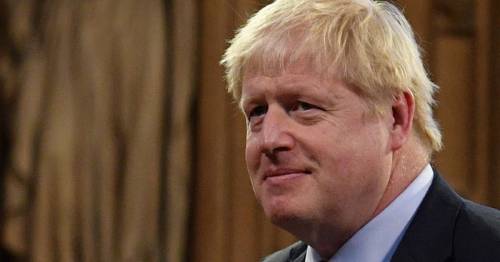 The Metropolitan Police faces legal action after deciding not to launch an investigation into a “cash for peerages” row.

If the dispute is not settled, it could lead to a High Court case to decide whether the Met has acted unlawfully.

Boris Johnson's party was accused of abusing the honours system by systematically offering seats in the House of Lords to a select group of donors who pay £3m to the party.

In the last two decades, all 16 of the Tory party's main treasurers – apart from one – have been offered a peerage, according to the Sunday Times and Open Democracy investigation earlier this month.

The Conservative Party insists it follows the rules.

In the last two decades, all 16 of the Tory party's main treasurers – apart from one – have been offered a peerage
(

The 1925 Honours (Prevention of Abuses) Act makes it a criminal offence to “attempt to obtain any gift, money or valuable consideration as an inducement or reward” for procuring someone a title.

But after SNP MP Mr Wishart urged a probe into whether criminal offences were committed, the Met said it would not investigate.

In a letter to the MP four days after he asked for an investigation, the force said: “There is insufficient information upon which to launch a criminal investigation.”

It added: “Should further information regarding these matters be provided to the Metropolitan Police this will of course be considered”.

Mr Wishart and the Good Law Project, which has brought several civil cases against the Tory government, have now sent a pre-action protocol letter to Scotland Yard.

It says: “Our client considers that the refusal [to investigate] is unlawful… and would invite the Met to now either investigate, or to provide full and detailed reasons for its refusal to do so.

“If the Met refuses to do so, then our client will have no choice but to consider commencing judicial review proceedings without further notice to you.”

Jo Maugham, director of Good Law Project, said: “At the heart of the legal action is a simple ask: that Boris Johnson be subject to the same law as you and me.

"And if there's reason to think he has broken it he gets investigated by the police, just like you and I would."

Mr Wishart added: "Practically all recent treasurers of the Conservative party have been given a place in our legislature, and the only qualification they seem to possess is an ability to gift millions of pounds to Conservative coffers.

“For more than two weeks, Westminster politics has been taken to the gutter with multiple allegations of sleaze and corruption.

"It is high time that, where there is clear evidence, the authorities properly consider it and investigate."

It is not an offence to accept a political donation, and then give the donor a peerage, as long as one was not an inducement for the other.

Downing Street and the Conservative Party insist Tory donations follow the rules, including being declared transparently.

The Conservative Party said when the allegations first emerged: "We do not believe that successful business people and philanthropists who contribute to political causes and parties should be disqualified from sitting in the legislature".

A Met Police spokesman said on Sunday: "The MPS received a letter before claim on Thursday, 19 November and will respond to this letter in due course."