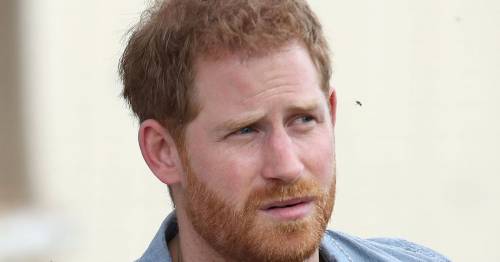 He insisted he is writing this intimate new memoir “not as the prince I was born but as the man I have become”.

His “accurate and wholly truthful” account will revisit the highs and lows of his life, “the mistakes and the lessons learned”. And it will help him to show that “no matter where we come from, we have more in common than we think”.

Then the sixth in line to the British throne signed off the press release about his autobiography “Prince Harry, The Duke of Sussex”. Proving, once again, that since moving to La-La land, the man he has become is a hypocrite.

One who spouts his truth and moans about his lot but fails to recognise his mistakes, let alone learn from them.

“More in common than we think”? Do get over yourself.

Harry and Meghan live in a world of their own and appear to be losing all sense of reality.

They like the titles and privileges of royal life but not the slog of arduous overseas tours or the tedium of opening factories. And while living “out of the spotlight” in California they can set up deals to sell their most intimate secrets to TV networks and publishers.

It really does take a special kind of hypocrisy to trash the family you were born into while capitalising on its name, doesn’t it?

Their Royal Highnesses have used the status bestowed on them by the Monarch to become international megastars.

Harry has literally been selling his granny to make a buck, while sticking the boot into the institution she has preserved for 70 years. But it was fine to pinch her childhood nickname, Lilibet, for his new daughter, as “a tribute” (not to boost the brand, obviously).

And now we learn he’s been penning a tell-all, $20million memoir that’s timed to hit the shelves next year and overshadow Her Majesty’s Platinum Jubilee.

Whatever “truths” this book contains it must surely be treated as Harry’s letter of resignation from the royal firm. Because while she still adores her grandson, the Queen cannot allow him to continue abusing his privilege with such flagrant hypocrisy.

He is damaging her, his family and the institution of monarchy. The prince that Harry was born will know that. But the man he has become clearly doesn’t give a damn.

Previous : Man who proposed at England cricket match hopes stranger sat nearby will be his best man
Next : Draymond Green feeling ‘lot of respect’ for NBA Finals players sticking to Tokyo commitment