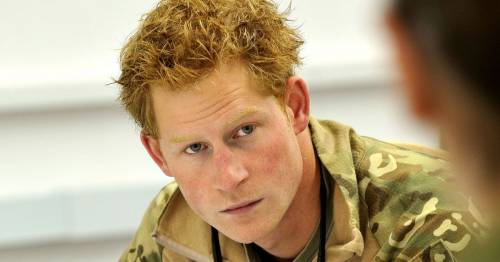 Royal expert Angela Levin pointed out that the Duchess of Sussex's new work The Bench includes a red-haired soldier wearing a US Army uniform.

The man bears an uncanny resemblance to Prince Harry, who served in the British Army and shares a son and daughter with Ms Markle.

The Duchess of Sussex's new book captures the 'special relationship between father and son, as seen through a mother's eyes', Ms Levin told Sky News.

The book is inspired by the relationship between Prince Harry and his first-born Archie. 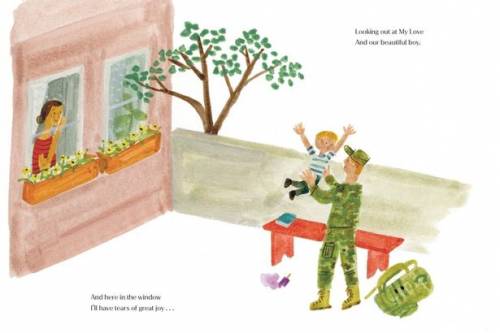 The book was inspired by Prince Harry's relationship with his son Archie
(Image: Twitter@Queenvic)

On the page showing Prince Harry's 'lookalike' hugging his son, a woman can be seen watching the reunion in tears.

The caption accompanying the picture says: "Looking out at my love and our beautiful boy… And here in the window I'll have tears of great joy."

Ms Levin, who wrote Harry: Biography of a Prince, told Sky News that the red-haired soldier in The Bench was 'obviously a caricature of Prince Harry', according to The Sun.

Ms Markle's book also has a touching reference to her new daughter Lilibet. 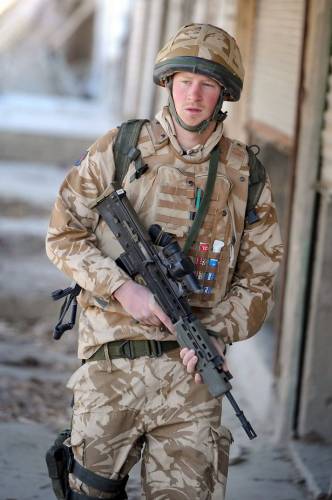 The Duke of Sussex served in the British Army for 10 years
(Image: PA)

In The Bench's final illustration features a red-haired man helping a young boy feed chickens while a woman stands in a garden cradling a baby – possibly a nod to Lili.

The scene appears to be heavily influenced by Harry, 36, and 39-year-old Meghan's life in Montecito, Southern California.

As well as the chickens – which appeared during the broadcast of the couple's bombshell interview with Oprah Winfrey in March – two dogs also feature in the illustration.

The Duke and Duchess also have two dogs – a black Labrador named Pula and a beagle named Guy.

Over the final pages of the book, a caption reads: "Right there on your bench, the place you'll call home… With daddy and son… Where you'll never be 'lone."

The last five words accompany a drawing apparently showing the couple's idyllic lifestyle in California, where they moved to after stepping down as working royals for financial and personal freedom.