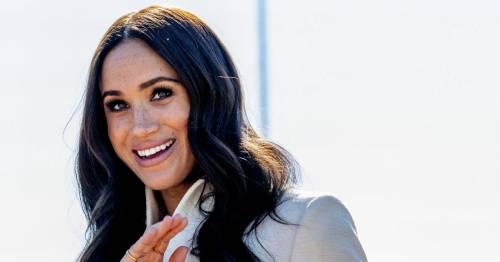 Meghan Markle wipes all references to show dumped by Netflix

The Duchess of Sussex has quietly deleted any references to a TV show she was producing after Netflix dumped it.

Pearl – an animated series about a girl who is inspired by influential women throughout history – was being made by Meghan and Harry's production company Archewell.

All references to the show on Archewell Productions' website, however, have been removed after it was dropped by the streaming service.

A synopsis of the series alongside a lengthy quote from Meghan could previously be found on the site.

The duchess was listed as an executive producer on the programme with Elton John's husband David Furnish.

The Sun reports that Meghan's quote read: "Like many girls her age, our heroine Pearl is on a journey of self-discovery as she tries to overcome life’s daily challenges.

"I’m thrilled that Archewell Productions, partnered with the powerhouse platform of Netflix and these incredible producers, will together bring you this new animated series, which celebrates extraordinary women throughout history.

"David Furnish and I have been eager to bring this special series to light, and I am delighted we are able to announce it today.”

The Duchess of Sussex
(

Get all the royal news and gossip you want straight to your inbox. Sign up to one of the Mirror's newsletters

All that remains on Meghan and Harry's production page is one of two of their projects, the 'Heart of Invictus.'

The show's axing is the latest blow for the couple after it was announced that they would be barred from the royal balcony at Buckingham Palace for the Queen's Platinum Jubilee celebrations.

Harry and Meghan, who quit their roles as working royals, will return to the UK for the monarch's celebration, which marks her 70 years on the throne.

But the US-based pair will join Prince Andrew on the sidelines after he was stripped of duties amid allegations of sex abuse.

Inside sources at the palace also say that a Netflix film crew following Meghan and Harry will be stopped by royal enforcers if they attempt to film the celebrations.

Previous : The EU can’t quite get it together on a Russian oil embargo
Next : Boris Johnson would LOSE Commons majority if local results replicated at general election