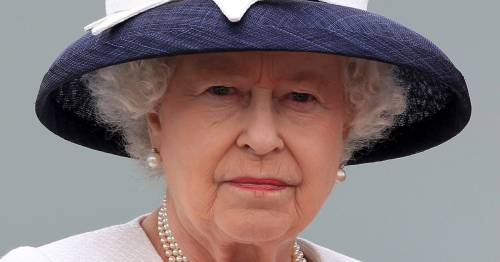 Meghan and Diana ‘both wanted something from Queen and didn’t get it’, expert says

Meghan Markle and Princess Diana both "wanted something from the Queen and didn't get it," a royal expert has claimed.

Both women married into the royal family as outsiders and faced difficulties adjusting to life within The Firm.

The Duchess of Sussex has spoken publicly of how she spoke to one of the Princess of Wales' friends about the pressures of joining the monarchy.

"Because it's like who else could understand what it's actually like on the inside?" Meghan told Oprah in her and Harry's bombshell interview.

Royal biographer Matthew Dennison said one striking incompatibility was that the Queen "doesn't talk about her feelings" or "encourage others" to do so.

"The Queen doesn’t talk about her own feelings and she doesn’t encourage others to talk about their feelings either. Her own mother wouldn’t talk about any unpleasantness whatsoever," he told OK! magazine.

"Diana had meeting after meeting with the Queen, who ultimately felt it was the same conversation happening over and over again.

"Diana never forgot who her mother-in-law was – she couldn’t quite shake it off – and that provided a barrier that was not of the Queen’s making."

Dennison said that Meghan may not have been as overwhelmed as Diana because she had more life experience.

But she still needed emotional support which may not ever have been a possibility, he said.

The expert added: "I don’t know if Meghan was overawed in that sense because Meghan was a grown woman with experience of life when she joined the royal family whereas Diana was a young girl."

"But I think both women wanted something from the Queen that they didn’t get. I don’t know how realistic it was in either case that they might have got it.”

It comes after Harry and Meghan named their newborn daughter Lilibet – the Queen's family nickname – in a sweet tribute to the monarch.

Experts have said the move is a clear sign the couple want to offer an olive branch to the royal family after the tensions of the past few months.

Previous : The three signs Meghan and Harry want to heal royal rift as they name baby Lilibet Diana
Next : Diana would’ve been ‘thrilled’ with Harry and Meghan’s choice of baby name