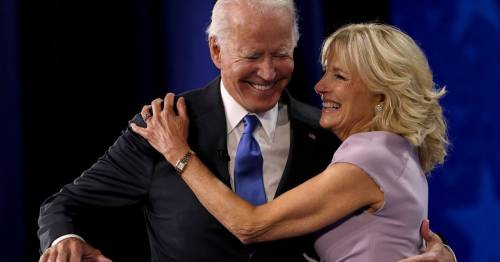 President Joe Biden and First Lady Jill Biden, are taking in the beautiful sights of sunny Cornwall this week as they visit the UK for the G7 Summit.

The couple will spend time with Boris Johnson and his new wife, Carrie, during the four-day trip for the first meeting of the world leaders in almost two years – which the Prime Minster says will be a "great moment for the UK" as it places us at the centre of the global stage.

It will also be Carrie's debut as a leader's wife and she will lead the spouses in a set of events designed to promote Britain abroad – which means she'll have a great opportunity to get to know the impressive Jill.

The First Lady has only been in The White House for a few months but she's already made history by becoming the first women in her position to continue her own career while her husband runs the country. 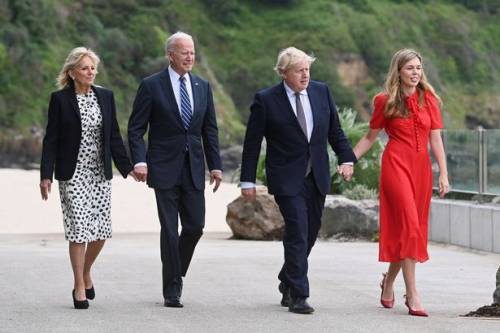 The Johnsons and the Bidens have met in Cornwall
(Image: POOL/AFP via Getty Images)

She did the same during her time as Second Lady, and has no plans to change her career just because her husband is now running the country.

When Joe was serving with Barack Obama, Jill was teaching English at Northern Virginia Community College.

She would do her marking while flying on Air Force Two and her security officers dressed up as college students so they could go undetected on campus.

Describing her passion, she explains: "Being a teacher is not what I do but who I am". 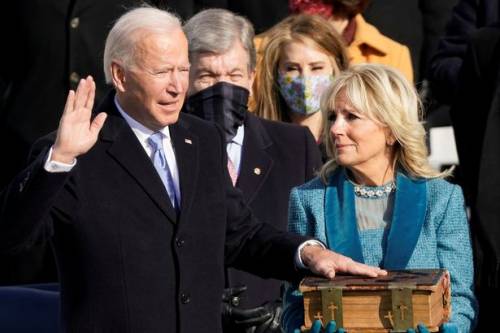 Jill held the bible as Joe was sworn in as president earlier this year
(Image: REUTERS)

Dr Jill has four degrees – a bachelor's degree, two master's degrees and a doctorate of education.

However she took a break from her impressive career in April last year to support her husband on the campaign trail.

She met America's 46th President on a blind date when she was at college, and while they hit it off straight away, Joe struggled to get her to commit.

She rejected his wedding proposals four times before she finally decided the time was right and agreed to become Mrs Biden.

On the night of the first date, Jill already had another date planned but a very confident Joe told her to cancel it so they could go out.

They went out for dinner and to see a film, and ended up seeing each other three nights in a row. 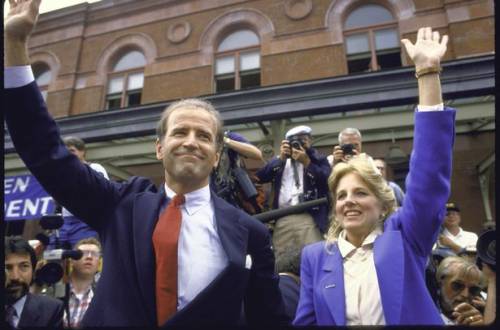 Jill and Joe Biden when he announced his candidacy for the Democratic presidential nomination
(Image: The LIFE Images Collection via Getty Images)

Jill wasn't put off by the nine year age gap, and liked how mature he was compared to the guys she had dated in college.

In an interview with Vogue magazine, she said: "I was a senior, and I had been dating guys in jeans and clogs and T-shirts, he came to the door and he had a sport coat and loafers, and I thought: "God, this is never going to work, not in a million years." He was nine years older than I am!

"But we went out to see A Man and a Woman at the movie theatre in Philadelphia, and we really hit it off."

Jill had been married before meeting Joe, and wed her first husband Bill Stevenson when she was just 18.

She was divorced by the time she turned 24, so she wanted to make sure her Joe was The One. 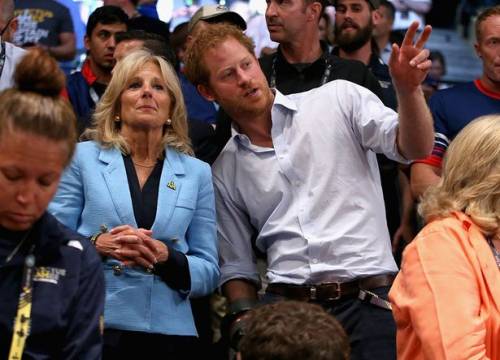 Their sons, Beau and Hunter, survived the crash.

Jill wanted to be completely sure her marriage to Joe would last so the boys didn't lose a second mother figure.

In her 2019 memoir, Where the Light Enters, Jill explains that she was also concerned about losing her career and her own identity.

She wrote: "I knew that no matter how much I tried, there would be so much I could not control.

"If I have Joe my whole heart, he had the power to break it.

"I was launching my career and planning for graduate school – and then I had staff calling to schedule dates with my boyfriend around his insane Senate schedule.

"I was being pulled in so many directions."

But when it came to the fifth proposal, things were different.

Joe went to Jill's flat on his way to the airport in 1977 and said: "Look, I’ve been as patient as I know how to be but this has got my Irish up. Either you decide to marry me or that’s it, I’m out. I’m not asking again."

He added: "I’m too much in love with you to just be friends."

He then left, flying to South Africa for political duties, and he finally got the 'yes' he wanted later that night.

They married at the United Nations chapel in 1977, two years after their first date, taking Joe's sons Beau and Hunter on their honeymoon.

In his autobiography, Joe said: "She gave me back my life. She made me start to think my family might be whole again."

They welcomed a daughter together, Ashley, in 1981.

Previous : Revelations from Matt Hancock’s Covid grilling – and what he ‘couldn’t remember’
Next : Killer facing life in jail for slaying ex-girlfriend in front of her son