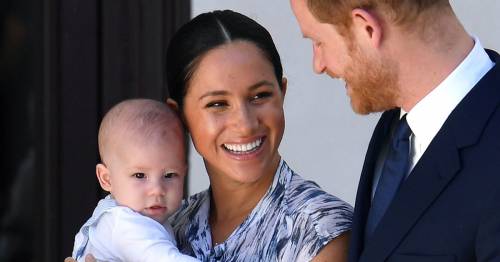 The Queen's latest great-grandchild has been named Lilibet Diana Mountbatten-Windsor in her honour – and many of her other loved ones have also paid tribute to the monarch when naming their children.

Prince Harry, 36, and Meghan Markle, 39, welcomed Lili to the world on Friday and named her after her great-grandmother and late grandmother.

The Queen was nicknamed Lilibet as a child because that is how she would pronounce her name.

It became established as a nickname with King George V, her granddad, who would tease the then Princess Elizabeth for being unable to say her own name correctly.

Prince Philip, the Queen's 73-year consort, was also said to affectionately call his wife by the nickname. 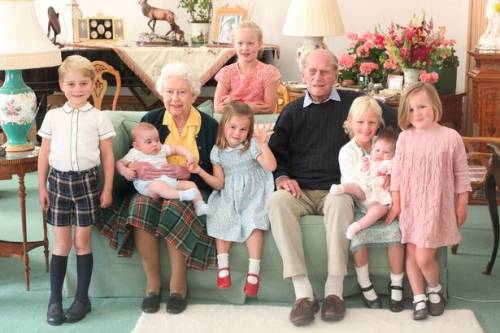 This is a tribute to Harry's mother the Princess of Wales, who died in a car crash in 1997 and who, according to her former voice coach, would've been "thrilled" with her granddaughter's name.

But what about the Queen's other great-grandchildren? Where do their names come from?

The Duke and Duchess of Sussex's first child is named Archie, born on May 6, 2019.

Archie is said to come from the German 'Archibald' which means "genuine or brave", People reports, while the Sussexes also suggested it had to with their Archewell Foundation.

That came from the Greek work "arche" which means "source of action", and that in turn inspired them to name their son the way they did.

The couple said at the time: "We connected to this concept for the charitable organisation we hoped to build one day, and it became the inspiration for our son’s name.

Harrison is a name that has its roots in the Medieval Times and means "son of Harry" or "son of Henry".

His first name can be found in the full names of his dad and older brother George.

The prince's third name Arthur is shared with his dad William but also granddad Charles, and is notable due to the legendary figure of King Arthur. 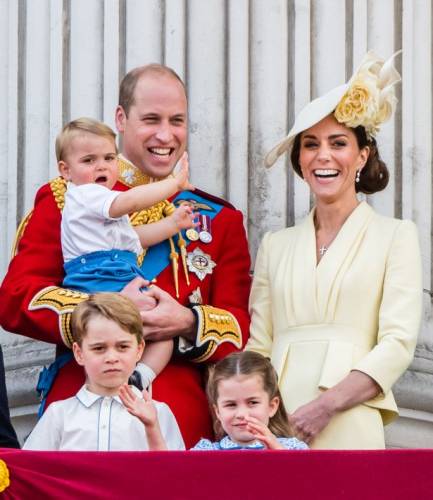 William and Kate with their kids George, Charlotte and Louise
(Image: Samir Hussein/WireImage)

William and Kate's second child, Charlotte and born on May 2, 2015, has a name which has a lot in common with Harry and Meghan's Lili.

Her first name is the female version of her granddad's, Charles, and is also the middle name of her aunt Pippa Middleton.

Charlotte is a name of French origin and has the empowering meaning of "free".

Her middle name Elizabeth is obviously a tribute to her mum Catherine Elizabeth Middleton, the Queen, her great-grandmother, as well as the Queen Mother, who bore the same name. 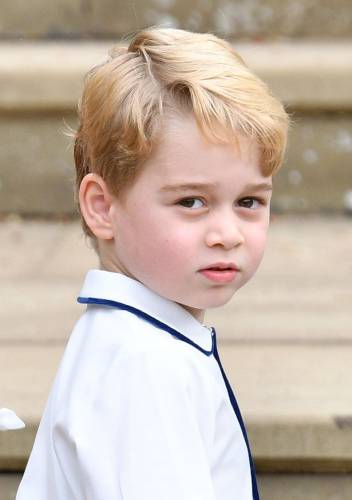 The first child of the Cambridges, born on July 22, 2013, comes from his great-grandmother's father, King George VI.

His second name, Alexander, is a tribute to the Queen's middle name, Alexandra, which comes from Greek and means "defender of the people".

The third child and first son of Zara Phillips and Mike Tindall doesn't share a first name with any other royal.

Lucas, who is fifth grandchild of Princess Anne and was born on March 21, 2021, means "bringer of light".

His middle name, Philip, is believed to be a tribute to the Duke of Edinburgh, Zara's grandfather and who died on April 9 aged 99.

It is also believed to be a nod to Mike's father. 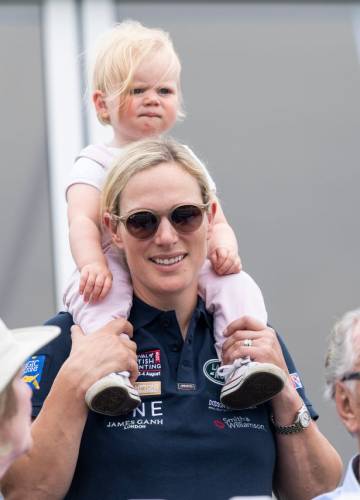 Lena's name, like her brother Lucas' name, comes from Greek and means "light".

Lena, who was born on June 18, 2018 and is the second daughter of Zara and Mike, has Elizabeth as a middle name in honour of the Queen, her great-grandmother.

Zara and Mike again went for a non-traditional name for their first child, who was born on January 17, 2014.

Mia means "mine" in Italian while in Egyptian it means "beloved". 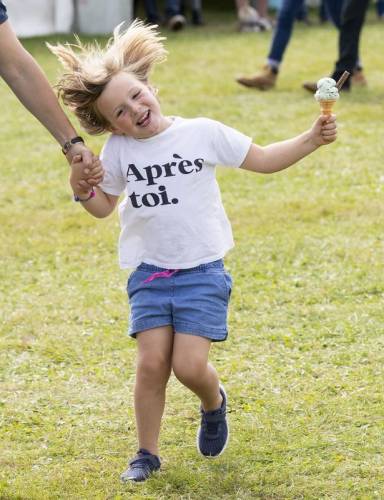 Mia's name means 'mine' in Italian while it also comes from the Egyptian word for 'beloved'
(Image: UK Press via Getty Images)

Isla, Peter Phillips and Autumn Kelly's second daughter and the second grandchild of Princess Anne and Mark Phillips, was born on March 29, 2012.

Her unique name means "island" while her second name is obviously a nod to Queen Elizabeth. 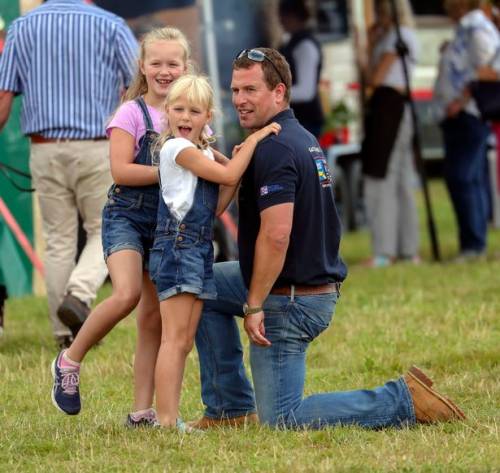 The first daughter of Peter Phillips and Autumn Kelly was born on December 19, 2010.

Her middle name is a nod to her grandmother Princess Anne.

Savannah is the first of the Queen's great-grandchildren.

The first son of Princess Eugenie and husband Jack Brooksbank was born on February 9, 2021.

His second name is a tribute to the Duke of Edinburgh, Prince Philip, whose funeral took place just a few months after Eugenie gave birth.

He is the first grandchild of Prince Andrew and Sarah, the Duchess of York.

After giving birth to August – the Christian name for Prince Albert- Eugenie said her son is "named after his great grandfather and both of his great x5 grandfathers."

Previous : Adults under 25 spend over an hour and a half each day worrying about appearance
Next : New Greater Manchester and Lancashire restrictions explained amid surge in cases