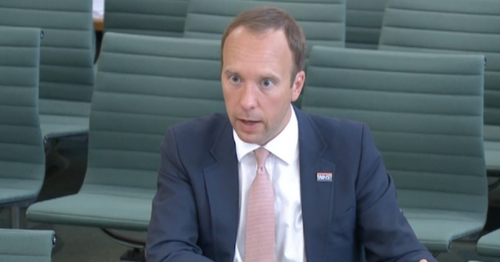 Matt Hancock today admitted he was warned about a "worst-case scenario" of 820,000 deaths – 51 days before Covid lockdown.

The Health Secretary told a joint committee the doomsday plans based on Spanish Flu were signed off by COBRA on January 31, 2020.

In mid-February 2020, scientists "confirmed" that it should he "taken as read" that Covid could be comparable to the scenario.

And then in the week of March 9, "the data started to follow" roughly the path of that worst-case scenario, Mr Hancock said.

Yet extraordinarily, it took until March 23 for Boris Johnson to announce a full lockdown – and the Cheltenham Festival was allowed to go ahead on March 10-13.

Mr Hancock today tried to explain the delay by saying evidence was still "highly, highly sketchy" – and blamed the World Health Organization for failing to spot how many cases were transmitting asymptomatically. 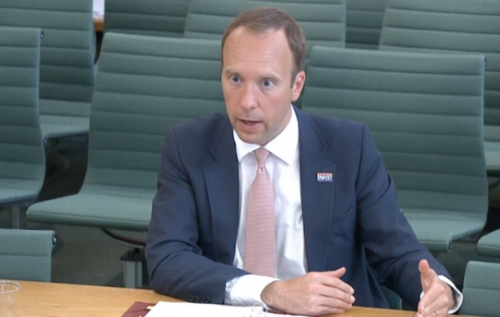 “The advice at the time was there was only a limited period people would put up with [lockdown]. That proved to be wrong," he added.

Mr Hancock made the claim in evidence to the Commons Health and Science committees – where he denied Dominic Cummings' claims he had lied about testing.

The PM's former aide had accused Mr Hancock of falsely saying people arriving into care homes would be tested – only for the system to still be in the setup stages a month later.

But Mr Hancock said: "We set out a policy that people would be tested when tests were available. And then I set about building the testing capacity to be able to deliver on that.”

The Health Secretary said he had "no idea" why Dominic Cummings wanted him sacked. He denied some of Mr Cummings' claims and said he had "no recollection" of several others.

But Mr Hancock added: "It is telling that no evidence has been provided yet.

"Throughout this I have got out of bed every morning with the view and the attitude that my job is to do everything I could to protect lives and to get this country out of the pandemic." Since Mr Cummings left, he said, “the government has operated better over the last six months.” 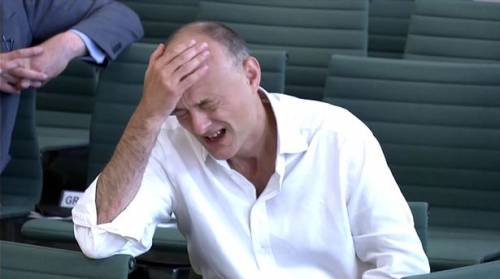 It comes weeks after Dominic Cummings said Mr Hancock should have been sacked for lying
(Image: pixel8000)

"And I was given the planning assumption based on Spanish Flu and it was signed off at COBRA on January 31.

"That was a planning assumption for 820,000 deaths. And I was determined that would not happen on my watch.

“So throughout February we were planning for how to stop that and how to deal with the consequences if it came true.

"And in the middle of February the scientific advice confirmed that the reasonable worst case scenario should be taken as read that this was equivalent to Spanish Flu."

Despite the warnings, Boris Johnson unveiled a four-step plan which did not contain any lockdown plans on March 3.

Mr Hancock added: "The week beginning Mach 9, what happened was the data started to follow the worst case scenario.

"By the end of that week the updated modelling showed that we were on track essentially, on the track of something close to that reasonable worst case scenario.

"I think the numbers were slightly below that, but they were of a scale that was unconscionable."

He said when an “ashen-faced” advisor came in and warned him of rising numbers, “I said I’m glad the projections are now showing what I think is happening”. 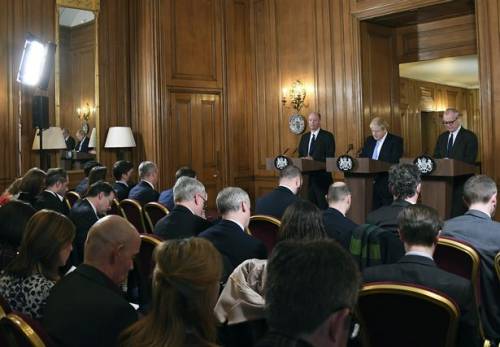 Boris Johnson with his top advisors in March before he announced the national lockdown
(Image: Getty Images)

He said the challenge was making “the most significant judgement any Prime Minister has made in peacetime based on incomplete information and at great pace”.

Mr Hancock admitted he and Boris Johnson both agreed to the policy to discharge thousands of hospital patients into care homes – without Covid tests – last March.

That has been blamed for seeding the disease and causing some of the tens of thousands of care home deaths.

But he said criticism of the lack of tests was "predicated on the idea we could simply have more tests – we couldn’t."

He added: “Also remember that the clear clinical advice at the time was that testing people asymptomatically might lead to false negatives – and was therefore not advised.”

Asked if Public Health England had previously said all new care home residents should be tested, he replied: “I have no recollection of that. That is not my recollection of the clinical advice and I haven’t seen anything on that.”

Asked if Boris Johnson ever told him he was surprised about the situation in care homes, Mr Hancock said: “Not that I can remember”. 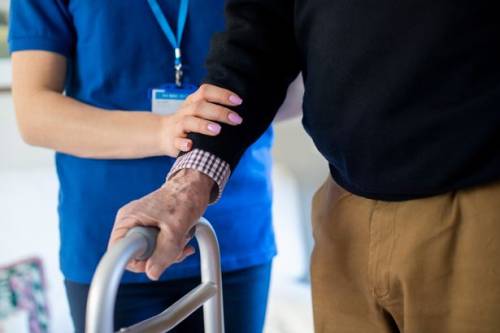 Boris Johnson has previously defended the lack of tests in care homes last March by saying the scale of "asymptomatic" Covid transmission was not known.

But giving evidence today, Mr Hancock claimed he raised the issue way back on January 27 – but was shot down by the World Health Organisation.

"I heard evidence from China that there was asymptomatic transmission in January," he said. “I was so worried about it I arranged a call with the WHO and I was told… this was likely a mistranslation.”

The exact words from the WHO in the call on January 29, he claimed, were: “it is highly likely that the message may have been confused via translation issues but this is unclear”.

He added: “I bitterly regret that I didn’t overrule that scientific advice at the start, and say ‘we should proceed on the basis that there is asymptomatic transmission until we know there isn’t’.

“But when you’re faced with a global consensus and you don’t have the evidence that you’re right and the scientific consensus is wrong, it’s hard to do that.” 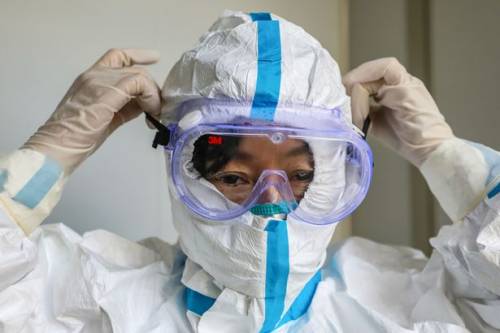 A doctor in Wuhan on January 30, 2020 – as reports were emerging of asymptomatic transmission
(Image: AFP via Getty Images)

Mr Hancock denied Mr Cummings' claim that he lied by saying everyone received the treatment they needed, despite being told otherwise by medical experts.

“There was no point at which I was advised that people were not getting the treatment they needed," the Health Secretary said.

But he did not fully deny Mr Cummings' claims that he tried to blame NHS chief executive Simon Stevens over PPE shortages, saying: "That is not a fair recollection".

Mr Hancock said there was a Treasury-imposed cap on PPE prices – but this was lifted after he, the Chancellor and Prime Minister intervened.

The Health Secretary admitted there were a “significant number of lessons” to be learned from the pandemic.

“The need for a rapidly scalable testing operation must be part of pandemic preparedness and this country did not have one,” he said.

But in a carefully-worded statement, he added: "I take and took and have taken throughout full responsibility for all the areas I am responsible for."

Previous : Sandvik expects bigger market for battery-driven mining gear in 2-3 years
Next : All the rewards you can get for saving your local pub from calling last orders