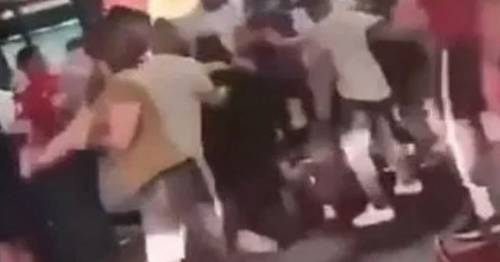 A "appalling" mass brawl erupted on Freedom Day which saw five people hospitalised and six arrested as a street in Luton was left with pools of blood.

Shocking footage shows a large crowd battering one another with what police believe were bats, knives and machetes in the early hours of Tuesday.

The chaos broke out at about 12:45am, just as Brits across England celebrated the end of almost the 18-month lockdown rules.

The video, posted on social media, shows the group going at each other near Dunstable Road in the Bury Park area.

Bedford police said they were called to the scene at about 12:45am and that one of those hospitalised is believed to have suffered life-changing injuries, while the others are not believed to be either life-threatening or life-changing. 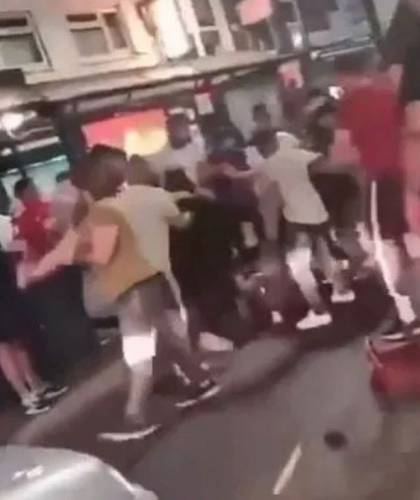 Five people have been taken to hospital after a mass brawl erupted in Luton on Freedom Day
(Image: Twitter/@AltNewsMedia)

One person had to be given first care at the scene, police said.

The horrifying footage shows one man being targeted with different objects before he is dragged to the floor and hit.

Another individual appearing to lie helplessly in the middle of the street is then punched by another man before the street clears.

The video cuts then to another man being circled by a group as he is brutally beaten. 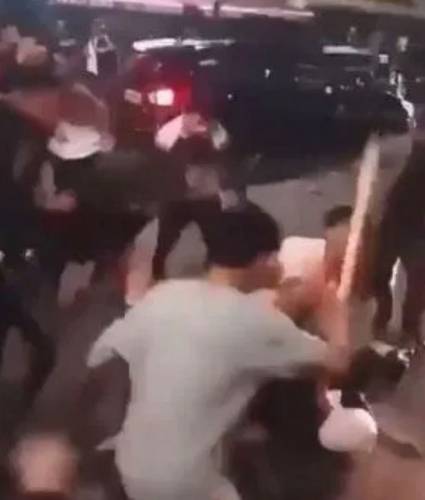 The brawl took place on the very same day that lockdown effectively came to an end in England
(Image: Twitter/@AltNewsMedia)

As of Tuesday, two men remained in hospital as they were treated for their injuries, while road closures in the Dunstable Road and Kenilworth Road areas were put into place to assist with the investigation. 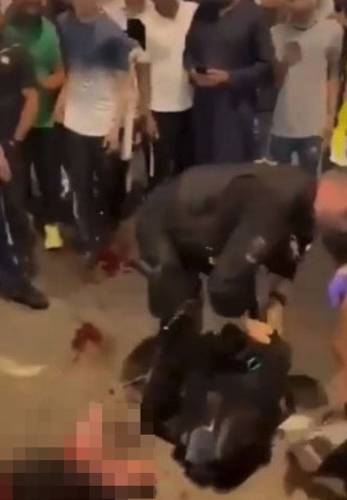 Six people were arrested including one on suspicion of attempted murder
(Image: Twitter/@AltNewsMedia) 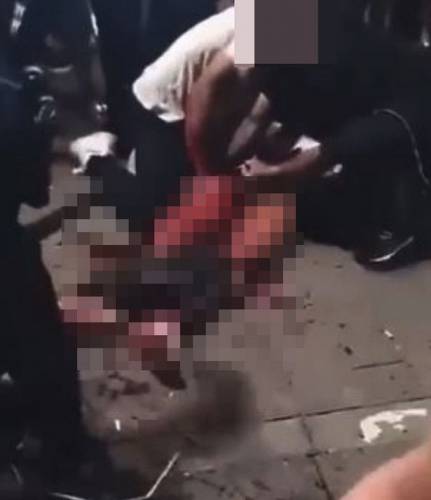 Police slammed the 'appalling' behaviour after they were called to the scene at about 12:45am
(Image: Twitter/@AltNewsMedia)

Detective Sergeant Ryan Barnes, leading the investigation, said: “This was a scene of appalling violence involving multiple people fighting and causing deliberate harm to one and other and we will not tolerate this type of violent activity in Luton.

“We have arrested six men in connection with the disorder, but we believe there are many others involved so we are urging anyone with information to come forward so we can identify those involved in this deplorable incident.

“If anyone saw or heard anything at all, or has mobile phone or dash cam footage, then we would really like to hear from you.

Cllr Simmons MBE, Leader of Luton Council said: “I am utterly appalled and saddened to hear of the dreadful outbreak of violence in our town last night. Such behaviour is completely unacceptable at any time, but it is especially distasteful that it has taken place at the time of an important celebration for so many throughout Luton.

“An incident such as this not only serves to give our town and its population a bad name, but increases our resolve to clamp down on all violent crime.

"Our residents do not deserve to experience this and we will do all we can to ensure people’s peaceful lives are not threatened in any way."