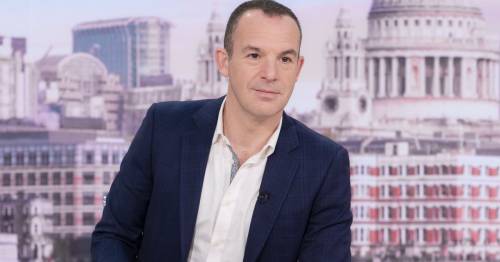 Martin Lewis has urged households to check they’re not being overcharged by their energy supplier – and explained three reasons why your bill might have hugely increased.

The MoneySavingExpert founder heard from one worried homeowner who said their monthly direct debits have jumped from £86 to £251 – way more than the 54% increase in the Ofgem price cap.

The energy price cap jumped on April 1 from £1,277 to £1,971 a year for those on a default tariff who pay by direct debit. This marks an increase of almost £700 on top of the average energy bill.

But the price cap isn’t an absolute cap on bills, as its name suggests – instead, it sets a limit on the rates a supplier can charge for each unit of gas and electricity you use.

Martin Lewis has explained why your energy bill is higher
(

Speaking on ITV This Morning earlier this week, Martin explained there are three reasons why you could be experiencing a sharp spike in direct debit payments.

"If he was on a cheap fix and his cheap fix ended and he's now moved to the price cap, that would explain the much bigger rise than the 54% price cap rise," Martin said.

How the energy bills crisis affects you

What you need to do

What suppliers are at risk?

What happens if your supplier goes bust?

What is the energy price cap?

Are you worried about affording your energy bill this year? Let us know: mirror.money.saving@mirror.co.uk

Martin also explained how some suppliers may have taken this opportunity to increase their estimate of how much you will be using in the future.

“Possibly because they want to future proof against rises in October,” he said.

But the MoneySavingExpert founder added: "If he's in credit, that should not be happening."

Customers who are in debt should expect higher direct debit payments but not those in credit.

"If it doesn't add up, then tell them you do not accept the direct debit being put up that much and come to a figure that is more appropriate with the 54% rise," said Martin.

If you’re still convinced that you’re being overcharged, you can make a formal complaint to the energy ombudsman.

How to get help with your energy bills

British Gas has an Energy Trust fund that can be accessed by anyone, not just British Gas customers, providing you meet the eligibility criteria.

Help is also available from the following energy providers, if you’re an existing customer:

The exact eligibility requirements vary between energy providers. In some cases, you’ll need to be claiming certain benefits to apply.

Generally speaking, you’ll need to have spoken to a debt adviser first before applying, and you’ll have to show proof of your income and explain why you’re behind on your bills.

You may also want to use the free grants search tool from debt charity Turn2Us to see what help is available where you live.

If you’re struggling to work out what grants or help you could be entitled to, speak to one of the specialist energy charities.

They will also be able to help you if you think you’ve been unfairly treated and want to put in a complaint.

Finally, there are energy schemes for those on a low income or claiming benefits – but sadly, these have closed for this winter.

They'll open again later this year, so keep an eye out for when they start taking applications again.

There is the Warm Home Discount scheme, which offers £140 one-off payments for those who get the Guarantee element of Pension Credit or are on a low income.

Or you might be eligible for the Winter Fuel Payment scheme, where those getting the state pension can get between £100 and £300.

Low income households can also get £25 a week to help with energy bills during the winter thanks to the Cold Weather Payment scheme too.

Previous : Uncapped England Test prospect hailed as “the best in the country at the moment”
Next : ‘My £150 council tax rebate hasn’t arrived in my bank yet – when will I get it?’