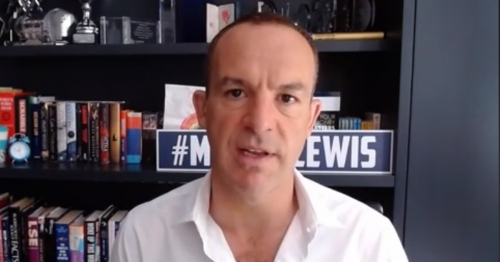 Martin Lewis has explained exactly how much you'll get from Rishi Sunak’s new £15billion cost of living package.

The MoneySavingExpert founder has taken to TikTok to run through all the different measures of support that were confirmed by the Chancellor.

He explained how everyone on means-tested benefits will get a one-off payment of £650.

This cash will be sent directly to bank accounts and doesn’t need to be paid back. It applies to benefits where your income and savings are taken into account, such as Universal Credit.

For those who claim disability benefits, there will be a payment of £150, while £300 will be awarded to pensioner households who get the Winter Fuel Payment.

Every home that pays an energy bill in England, Wales and Scotland will also receive a one-off £400 discount on their energy bill from October.

In his latest video, Martin broke down how these costs add up for each group, off the back of energy bills rising by around £1,500 in the space of a year.

Is the cost of living package enough to help struggling families? Let us know your thoughts: mirror.money.saving@mirror.co.uk

"If we look at it in the big picture then the £1,500 cost increase will see homes with disabilities that are also on Universal Credit getting £1,200, he said.

"Homes on Universal credit and other benefits without disabilities it's £950.

The MoneySavingExpert founder grilled the Chancellor in a 15-minute interview yesterday afternoon, shortly after the cost of living announcement.

In their chat, the Chancellor warned inflation is due to rise even further – but said it's good news for state pensioners and those on benefits.

Benefits are linked to inflation rates, the Chancellor explained – however, Brits will have to wait until April 2023 to see any increases to their payments.

Payments go up every April in line with inflation from the previous September.

Sunak said: "None of us know what energy prices are going to be next year.

"But what I can tell you now and what people should be reassured by is the way our system works, benefits and pensions likely, subject to a review which has to happen legally, they are likely to go up by quite a significant amount because the inflation rate that decides that is set in September."

Inflation shows the rising cost of goods and services and is currently 9% – a 40-year high.

The Bank of England thinks it will top 10% later this year.

Previous : Mitch Evans opens up on two-month spell which turned his Jaguar into a “rocket ship”
Next : Missguided on brink of collapse after ‘leaving suppliers millions out of pocket’