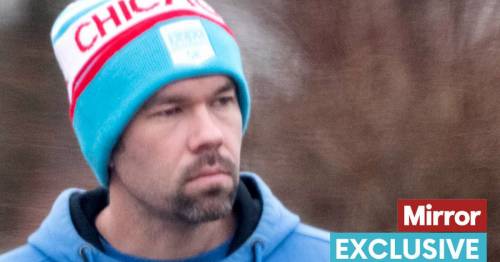 A married prison governor has been sacked after groping a male ­colleague during a night out, the Sunday People can reveal.

Paul Addicott was axed for “gross misconduct” after a probe.

But he continues to deny the claims and is challenging the decision.

Witnesses claimed the dad-of-two, 36, grabbed a colleague’s crotch and was verbally abusive to others.

A source said: “Addicott dismissed it as high jinks, but the victim said he felt violated. It is a sad end to a glittering career.”

Addicott is said to have earned more than £60,000 a year as deputy governor of category B Wandsworth prison in South London, which holds about 1,600 inmates.

A view of Wandsworth prison in southwest London
(

He is understood to have worked for the prison authorities for more than a decade.

A message he posted about his job on the LinkedIn social ­network said: “Emotional intelligence, ­collaboration, ­partnership and influencing are key transferable skills required to be an effective leader.”

There was no police inquiry.

A Prison Service spokesman said: “A member of staff at HMP Wandsworth was dismissed following an ­investigation.

“We do not tolerate sexual misconduct.”

Speaking at his home in Sutton, Surrey, sacked Addicott told us: “The allegations made have been denied by me throughout and I am in the process of seeking legal advice with a view to challenging the decision to dismiss me.

“It would be inappropriate for me to ­comment any further.”

Official figures which came to light last year showed prison staff are being sacked at the rate of three a week, for offences including ­corruption, fraud and sex with inmates.

Previous : Monster mum, 31, cradles her newborn daughter days before she was shaken to death
Next : Spy scandal rocks Parliament as MI5 outs Chinese ‘agent’ with links to No10 and Labour MP