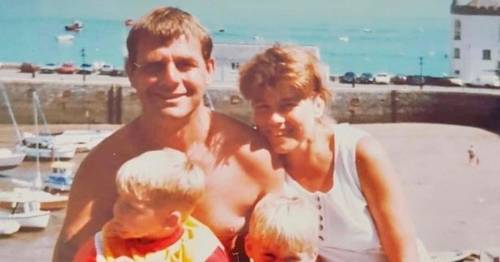 A Manchester man is in disbelief upon having a message in a bottle he threw out to sea as a six-year-old returned to him more than two decades later.

Alex Melling said he was scrolling through a local community Facebook group when a mention of his old childhood address caught his eye.

Alex, who is now 30, said he scrolled back up and then saw his name mentioned in a post that he "just could not quite believe."

According to the Manchester Evening News, the post was written by a man called Rex Winter, who claimed he was trying to track down an Alex at that address after his son and daughter had discovered a message in a bottle in a remote bay in Scotland.

The post read – 'Help with a Message in a Bottle:

"This summer my kids found a message in a bottle on a remote beach in the west of Scotland. It seemed to be old, and the message inside appeared to have been written by a child.

"The message inside was from somebody called Alex, (no surname given) who gave an address of 27 Gilbert Street, Hindley. There was no other information, date or otherwise.

"My daughter wrote to Alex at that address some time ago but has had no reply.

"He/she may well have moved and/or the house is now unoccupied.

"I don't know if the bottle is 5 years old or 30 years old, but I'm sure that Alex would be interested to learn where it ended-up!”

The post went on to ask that anyone who could “know who Alex might be”, get in touch.

Alex, who had lived at that address as a child but had moved when he was aged 12, responded via Facebook.

It transpired that Rex’s daughter, 17-year-old Izzy, had found the bottle while on holiday with her brother and their friends.

Izzy, who lives in Newcastle, said: "We were camping in Scotland and had taken a boat out in Garlieston, around Wigton Bay.

Alex Melling with his girlfriend Victoria

"We anchored the boat and went to explore in the caves. Freddie found the bottle washed up and we could see a message in it."

The message was written on the back of a child's birthday party invitation and read: 'If found please return to 27 Gilbert Street, Hindley. Thank You. Please address to Alex.'

Izzy says they wrote to the address but when they received no response, their dad Rex, a solicitor, 62, decided to try and find Alex on Facebook.

Rex got “really into it”, Izzy said, finding and posting in a Facebook group called Hindley Residents.

There was much excitement when Alex got in touch and they posted the bottle back to him.

"I was doing my homework and I got a message from my dad saying: "I found him,” Izzy said. "We were just like: 'wow'."

Since sending the bottle off into the ocean, Alex tragically lost his mum, Valerie Melling, to cancer. He was now "in disbelief" that their message was now safely back in his hands.

Alex says the bottle was posted to him with a bottle of Jack Daniels as a celebratory gift. He has written a letter of thanks to the Winter family, he said,

Alex says his grandmother Lilian Wetherby, 86, confirmed the message was in his mum's handwriting and a copyright date on the invitation was 1997 – when Alex would have been aged six.

He says his grandma was "very emotional" when she saw the handwriting of her daughter, who died of cancer aged just 49.

Alex says he has a vague recollection of throwing the message to sea, although he can't remember where they were.

"Reading my mum's note was really nice as it was her handwriting and her words,” he added. My brother Daniel was buzzing and my grandma was really emotional.

"I will be keeping the bottle forever now with some other keepsakes. I can't quite believe it."