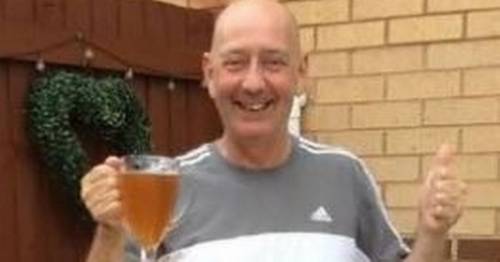 A man has recalled how far his wages went from his McDonalds job in the 1970s – when pints cost just 15p.

His family was left devastated and in financial peril when his dad died of a heart attack when Patrick was just eight.

At the age of 15 he landed a job at London's first ever McDonald's in Woolwich – allowing him to bring in vital cash to keep his grieving family afloat, My London reports.

"I hated school. I was always getting in trouble," says the 60-year-old who now lives in Wiltshire.

"I always got the cane or was bunking off. I caused my mother no end of bother, but going to McDonald's was an unbelievable transition."

Patrick went school at St Austin's Roman Catholic School in Charlton. But school just didn't suit him and without the authority figure of a father around, his life was beginning to go down the wrong path.

"It was devastating losing my father and it happened right before Christmas, so in many ways Christmas was tinged with sadness after that until I started celebrating it with my own kids," he says.

Now decades later Patrick is enjoying the benefits of a long career and a nice redundancy package after working 27 years at Honda in Wiltshire – and he believes his success was helped by starting work at McDonald's as a schoolboy.

McDonald's wasn't strict like school. It wasn't like military precision but once I started there the penny dropped from a financial aspect," he explains.

"The more you worked, the more you got paid and the more food allowance you got so it was a no brainer really.

"As long as you weren't lazy everything was hunky dory. Some people just wanted to stay on one thing like chips, but if you didn't mind what job they gave you, you got on well.

"There were plenty of chances for promotion and there was a 'stars' scheme if you did well."

Patrick did everything from clearing tables and sweeping the floors to working the tills and the grills.

"It was very busy even back then," he says.

"You'd be making up and packing, filing up the drinks machines, there was always a multitude of things to do. The harder you worked, the more popular you were.

"You only had to be there a couple of months and you felt quite entrenched and you could show your skills to the new trainees.

"I've got nothing but fond memories of it. They were good times. Customers were far less abusive back then than they are now. These days you've got people coming in [drunk] after food, but we shut at 11pm back then so we didn't have that.

And Patrick was able to use his hard-earned money to buy clothes and shoes as well as supporting his mum and the family.

"I used to earn £28 a fortnight and a pint of lager back then was 15p, so I felt like a millionaire, like I was a Rothschild.

"I would spend the money on clothes. My Doc Marten boots and Levi jeans. I'd always have a bit of money in my pocket," says Patrick.

"I remember once being able to buy my mum a teammate for mother's day and that was quite a proud moment."

Previous : Dad-of-4 thought tiredness was from working nightshifts before kidney cancer diagnosis
Next : Cox: Arrivederci Alitalia, you won’t be missed