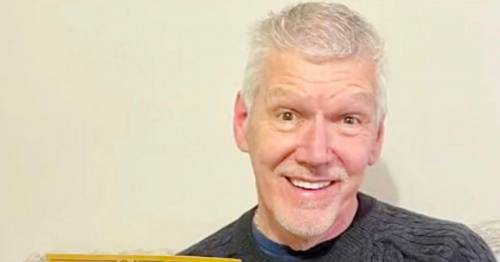 Stephen Dowling, 67, said he and his family were surprised when he found a winning ticket inside the bar, as part of the supermarket's Golden Giveaway campaign.

He said he was given the gift by his partner's daughter, Emily, who bought it in a store in Nottingham.

Stephen told Nottinghamshire Live : "I couldn’t believe it. I was given the chocolate bar as a humorous gift whilst out for a birthday dinner with family but was surprised to see a golden greeting inside – and what a gift!

"My family and I are in the process of moving house so the prize couldn’t have come at a better time. Thank you very much Aldi!"

There are 24 winning tickets left around the country
(

Entering the competition is easy as shoppers need to buy one of Aldi's giant 800g bars of Dairyfine Milk Chocolate and, if they find a golden ticket inside, they can claim their prize.

Lucky winners have to claim their money by visiting the store's website before 11.59 pm on January 24, 2022.

To learn more about Aldi's Golden Giveaway, you can visit the supermarket's website.

Earlier this year, a couple from South Yorkshire won £1,000,000 after buying a National Lottery Scratchcard while doing essential shopping at a Nisa Local after work.

Mark Plowright, 47, said he could not believe his eyes when revealing the win on January 21 – before rushing out to buy a luxury hot tub for the garden.

He said: "We immediately took it to the shop to get it checked and they told us we needed to call Camelot. When we did, Camelot told us that we were in fact now millionaires!"

Previous : British man, 40, becomes first in the world to get a 3D-printed eye
Next : Hundreds of Sudanese protest against deal between PM Hamdok and military