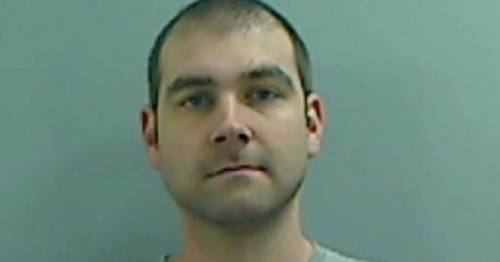 A man has been locked up for 24 years after trying to murder his ex-girlfriend by stabbing her 31 times in just two minutes infront of their seven-year-old son.

Chris Blakemore, 33, had gone round uninvited to his ex-girlfriend's house on October 13, 2019, and flew into an angry rage after discovering a condom wrapper in her bathroom bin.

In his fury the 6ft 6ins Middlesbrough man picked up a chopping knife and launched a frenzied attack.

She was left with stab wounds all over her body including one from where the knife had gone straight through her wrist and a collapsed lung, reports TeessideLive.

She was struggling to breathe as she locked herself and her son in the bathroom, before calling 999.

Addressing Blakemore during the sentencing, the judge said: "After the event, you disposed of the knife and you failed to call the emergency services despite being fully aware that you had left her for dead or dying. You failed to call for help for the seven year old boy."

The two-minute attack was witnessed by the woman's seven-year-old son, who was standing on the staircase of the semi-detached house on Marske Lane in Bishopsgarth.

The first officer on the scene provided essential assistance and reassurance to them both, and the woman was taken to hospital for treatment for dozens of stab injuries.

The house was taped off
(

Despite being charged with attempted murder, Blakemore continued to deny what he had done, instead claiming self-defence.

The court heard a probation report noted that Blakemore, of Ammerston Road in Middlesbrough, accepts he caused the injuries to his ex-girlfriend – but he insists she attacked him with the knife and he accidently injured her while taking the knife off her.

While sentencing, the judge said: "In all you inflicted 31 stab wounds, to her torso, her chest and back. She suffered a collapsed lung. You, on the other hand, had a single minor injury to your thumb.

"I wholly rule out any suggestion that she was the initial aggressor."

The sentence of 24 years came after Blakemore was convicted by a jury in December last year.

Blakemore has been sentenced to 24 years for the attack
(

Prosecutor Jolyon Perks said the former couple's son now runs upstairs if he hears a knock at the door and becomes anxious if the phone rings. He was sitting halfway up the stairs when he witnessed his dad stabbing his mother.

The little boy has only recently began to talk about what he saw and says he thought his mum was going to die. He is now scared of seeing his dad again.

In a statement read out to the court, the woman said: "My son has drawn pictures of a person being stabbed with a knife coming out of them, for his counsellor. He won't go to sleep unless he's in my bed now."

Chief Inspector Deb Fenny paid tribute to Detective Constable Andy Cartwright for his diligence during the investigation as well as other officers who supported the victim throughout police inquiries and the court process.

She added: "This was a horrific, sustained attack on a woman in her own home and in front of her young child. I can only imagine the terror they must have felt and the impact this traumatic incident has had on them both. I hope that today’s sentence will bring at least a degree of closure for them.

"I’d encourage victims of domestic abuse to contact Cleveland Police at any time on the 101 number (or 999 if it’s an emergency). They can be assured we will protect and support them while doing all we can to bring perpetrators to justice."

Previous : EU issues furious rebuke as UK ramps up threat to rip up Brexit deal in Northern Ireland
Next : Man caught hiring male escort with cheque that bounce for a SECOND time