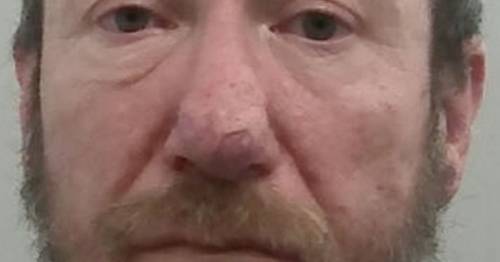 A bomb hoaxer who sent a suspicious package to a Covid-19 vaccine factory is also a convicted paedophile who stalked BBC Radio 2 DJ Sara Cox, it can now be revealed.

In January of this year, Anthony Collins, 54, sent a suspicious package to a plant producing the Oxford/AstraZeneca jab in Wrexham in Wales as part of a campaign to "help" the manufacturers.

A bomb squad was dispatched to the factory and the building had to be evacuated, halting production of the vaccine and causing “mayhem”, a court heard.

Similar packages were sent by Collins to 10 Downing Street, AstraZeneca, a US Air Force base in Gloucestershire, a laboratory in Wuhan in China and what appeared to be the North Korean leader, Kim Jong-un. All were intercepted.

Collins, from Kent, appeared at Maidstone Crown Court on Wednesday for sentencing after being found guilty of dispatching an article by post with the intention of inducing the belief it is likely to explode or ignite.

When the EOD unit detonated the device, they discovered that the package contained no explosive material
(

It was revealed today that Collins has previous convictions for having indecent images of children and was jailed for stalking the BBC Radio presenter Ms Cox.

During his arrest in 2017, police found he had a fake BBC visitor's pass, Ms Cox's sister's work address and indecent images of girls aged from four to 15.

Collins was then jailed for 16 months after a judge told him that he had "an obsessive personality".

At his latest trial at Maidstone Crown Court, the court heard that Collins had developed an "obsessive interest" in the virus and vaccines and had an "obsession" with sending letters and packages for around 30 years.

Defence barrister Janice Brennan said Collins has a diagnosed personality disorder, adding: "He is a lonely and bored individual who does find it very difficult to deal with normal life."

The unit found a calculator, a garden glove, four batteries, a "yellow biohazard bar", a service wipe and a quantity of paper
(

Passing sentence, Judge David Griffith-Jones QC told him: "A compulsion to send bizarre communications to different bodies or authorities is one thing and may be considered a harmless idiosyncrasy.

"It doesn't explain your behaviour here, which was deliberately to send a bomb hoax knowing perfectly well that it would cause fear and mayhem.”

Collins was handed a 27-month jail sentence, with the time already spent on remand to be deducted.

The court heard how police were called and the Army's Explosive Ordnance Disposal (EOD) unit – bomb squad – was dispatched to the scene at the Wockhardt vaccine plant on January 27.

A total of 120 people were forced to evacuate and production of the vaccine was halted – although the batch was able to be salvaged later.

During his arrest, Collins told police that his motive was to help scientists and the government deal with Covid-19
(

When the EOD unit detonated the device, they discovered that the package contained no explosive material.

Instead, they found a calculator, a garden glove, four batteries, a "yellow biohazard bar", a service wipe and a quantity of paper – one of which contained Collins’ name and address – the jury was told.

During his arrest, Collins told police that his motive behind sending the package to the vaccine plant was to help scientists and the government deal with Covid-19.

During his sentence, Judge Griffith-Jones said Collins' insistence that the contents of the package were intended to help scientists at the Wockhardt site was "childish and quite perverse".

Detective Inspector Adam Marshall, Kent Police's senior investigating officer for the case, said: "Collins was fully aware of the impact his actions would have and chose to impede the vaccine rollout when the programme was still in its infancy.

"Although the device he sent was not a viable explosive, the people at the site had every reason to believe there was a threat to their safety and they acted in a diligent and thoroughly appropriate way.

“Thankfully the disruption Collins caused was not substantial, but his actions were an unnecessary distraction."

The same court heard in 2017 that Collins bought Ms Cox's address online and sent her a string of disturbing letters, printed off directions to her sister's workplace and sent a letter to husband Ben Cyzer at his work address.

Previous : NATO summit to discuss how to deter Russia, says Lithuanian foreign minister
Next : Man, 86, marries love of his life after terminal cancer diagnosis thanks to kind nurses