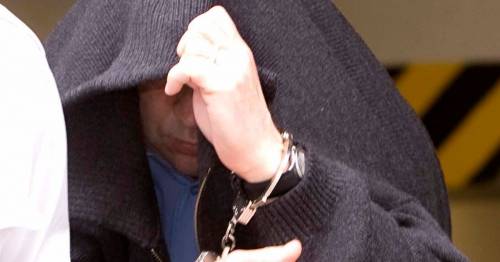 A murderer who killed his wife after discovering she was having an affair later took his own life in jail.

Richard Farquhar became depressed about the possibility of delaying his release and after losing his prison placement at a charity shop.

The 61-year-old was being held in HMP Greenock, in Inverclyde, Scotland, and, nearing the end of his sentence, had been moved to less restrictive procedures, including being given the new job.

But he was suspended after his placement supervisor began to feel “increasingly uncomfortable”, according to a sheriff's report.

Farquhar's mental health started to deteriorate after prison chiefs stopped moves to prepare him for release.

A fatal accident inquiry was held virtually at the town’s sheriff court, with submissions made in February.

Farquhar was being held at HMP Greenock
(

Sheriff Andrew McIntyre issued a judgement in relation to the inmate's death on March 14, 2019.

The determination was published earlier this month.

Mr McIntyre said Farquhar died at 1am at Inverclyde Royal Hospital "as a result of an injury sustained within a cell" between 3.30pm and 4pm on March 13.

"Mr Farquhar’s death did not result from an accident," he added.

The killer was sentenced to life with a minimum of 12 years for the murder of wife Anne in 2008 on the A90 road near Aberdeen, Scotland.

The High Court in Edinburgh heard how she had kicked him out of their home in Cove Bay, Aberdeenshire, after she discovered he was having an affair with her friend.

Anne then began seeing the same woman's husband and Farquhar stabbed her to death.

Mr McIntyre said officials failed to provide him with detailed plans on what he needed to do to work towards his release or on how to access sessions with a psychologist.

He concluded that if these actions had been taken the inmate's death may have been avoided.

He said: "I have found that Mr Farquhar committed suicide following a decline in his mental health contributed to by his suspension from a community placement.

The scene on Aberdeen's Riverside Drive in January 2008
(

"I have found that in the days and weeks prior to his death his imminent risk of suicide could not have been detected.

"I have also found that, as a result of the systems of working in place within HMP Greenock, and as a result of certain other factors, opportunities to safeguard Mr Farquhar’s mental wellbeing in the period before his death were missed.

"In particular I have found that: delay, a lack of joined-up working, and insufficient communication with Mr Farquhar, all contributed to him becoming distressed by his lack of progress, and to opportunities to avert that distress being missed.

"I find that those omissions contributed to his death.

"I find no cause for criticism of any of the professionals involved; it has only been possible to identify how things could have been done differently with the benefit of hindsight.

"I have made recommendations which I believe, if implemented, might realistically prevent other deaths in similar circumstances."

The sheriff recommended several new guidelines for dealing with prisoners before release.