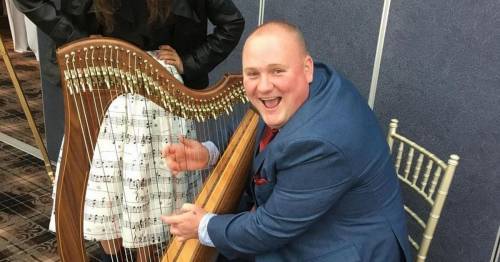 A "gentle giant" and dad-of-three killed in a "targeted" horror attack on the streets of Edinburgh has been named.

Liam Maloney, 30, died after sustaining fatal injuries in a serious assault in the south-east of the capital at around 8pm on Thursday.

Emergency services rushed Liam to the Royal Infirmary of Edinburgh where he was treated until his death on Saturday, the Daily Record reports.

Police Scotland say they are treating Liam's death as a "targeted" murder and a probe has been launched.

Following news of his tragic death, Liam's heartbroken family and friends have posted tributes to the "gentle giant" and "one of a kind" dad-of-three.

Posting a picture of Liam as a toddler, Nicola Russell said: “R.I.P Liam you will be sadly missed. You were such a lovely guy with a big heart and always full of fun. I’ll never forget that.

“Thinking of all the family and the three boys.”

Adele Commons said: “Such a sad day for Niddrie today. Thinking about his boys and all the family who have already been through so much. RIP Liam x”

Leanne Mclaren added: “It’s taken all day, Niddrie has lost another one. Liam you’re one funny guy and will be missed by all that knew you.”

Nicole Bridgman said: “Rest in peace Liam Maloney, another life taken far to soon. Always had a smile across your face and could put a smile on others with your carry on. Thinking of your beautiful three boys.”

Davie Gare added: “Gutted to see the news about Liam Maloney, he was a great lad and always had a smile on his face! RIP Liam.”

They are also appealing to anyone with any information on the incident to get in touch, and have assured the public in the meantime that there is no wider risk.

Detective Chief Inspector Frank Travers, of the Major Investigation Team, said: "This appears to have been a targeted incident and we do not believe there is any risk to the wider public.

"Extensive police enquiries are ongoing at this time and officers are gathering CCTV footage from the surrounding area.

"Door to door inquiries are also being carried out.

"We will have a continued police presence in the area and I would like to reassure the local community that everything is being done to trace the person responsible.

"I would ask anyone who was in the Niddrie Marischal Road and Niddrie Marischal Grove area on Thursday night, and who may have seen or heard a disturbance, or witnessed anything suspicious, to please get in touch with us.

"We have also set up a website that gives members of the public access to a form to send information directly to the Major Investigation Team.

"Anyone with any CCTV, dashcam or any other footage that they think would assist the enquiry can also send this via this link.

"You can select to remain anonymous when submitting information.

"The portal can be accessed at https://mipp.police.uk/operation/SCOT22S13-PO1."

Anyone with information is asked to contact Police Scotland via 101 quoting reference 3262 of 5 May, 2022.

Alternatively, Crimestoppers can be contacted on 0800 555 111, where anonymity can be maintained.