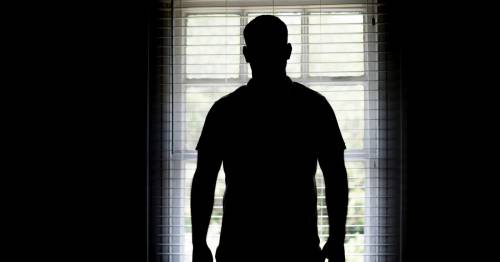 An inquest heard how a man took his own life after police wrongly named him as a paedophile as a result of "human error".

Brian Temple was just 34-years-old when he died on December 31, 2017 – six months after being arrested on June 8 for allegedly stealing a pack of sausage rolls from Greggs.

The inquest opened on Monday, June 20, and it heard that upon arriving home from custody, Mr Temple gave his release papers to his then-girlfriend.

Unbeknown to him, police had made an error in which they produced the wrong information on this document.

The letter said he been in custody for inciting sexual relations with a 13-year-old girl, which he had not.

Teesside Coroner's Court heard that Mr Temple's then-girlfriend began telling people of the incorrect information, which in turn caused people to lash out at the Redcar man.

The Independent Office for Police Conduct (IOPC) began an investigation after Mr Temple's passing, so an error like this one would never happen again at Cleveland Police
(

He was reportedly verbally abused in the street, attacked in his own home and hit around the head by a golf club.

To deal with the onslaught he had experienced, the court heard Mr Temple began to drink heavily and take a mixture of both prescribed medication and recreational drugs, such as cocaine.

Coroner Claire Bailey explained that a toxicology report carried out by Dr Cooper found Brian had 134mg of alcohol in his system.

He was also found with a mixture of cocaine, Diazepam, Zopiclone and Pregablin – but these did not contribute to his death.

Dr Cooper concluded that Mr Temple's death was as a result of hanging.

His body was found by his brother Anthony, after his mum's partner, Paul Daley, became concerned that they had not heard from him all day.

His mum described her son as "happy go lucky" but admitted the ordeal with incorrect release papers caused him to become closed off and depressed.

The court heard that after news spread of the release papers, Mr Temple reported threats and assaults to the police.

The force's welfare checks reportedly made this worse and somewhat fuelled the fire of the incorrect rumours.

His brother Paul, who was in attendance at the inquest at Teesside Magistrates Court, spoke of his closeness to his brother and how they'd grown up being "anti-drug".

Paul explained Mr Temple began taking drugs to cope with the constant attacks and assaults he was experiencing in the months leasing to his passing.

Although he had depression, Paul said his brother never indicated suicidal tendencies and said the mistake on the release sheet "would drive anyone mad".

In her statement, Mr Temple's sister-in-law Crystal said the mistaken charge sheet was found in his pocket at the time of his death.

She said she believed the police had a "duty of care" for vulnerable people such as her brother-in-law, as he was suffering from mental health issues at the time of his arrest.

Officer Owen read out numerous statements from police officers who had dealt with Mr Temple in the run up to his death and around the time of his arrest and the incorrect papers being issued.

Detective Sergeant Agar of Cleveland Police said in his statement that he had dealt with Mr Temple's complaint of the incorrect papers on November 28, 2017, and had said the bail sheet was "a genuine human error".

The Independent Office for Police Conduct (IOPC) began an investigation after Mr Temple's passing, so an error like this one would never happen again at Cleveland Police.

They concluded that human error was the main judgement of the papers and this occurrence was "incredibly unusual".