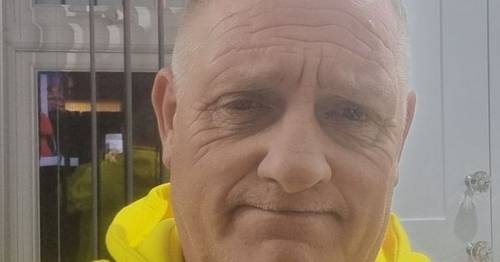 A man says he's been forced to leave a caravan park after 25 years because his home is "too old".

Steven Richardson, 56, was told he would have to leave the Beachcomber caravan site on North Sea Lane by next April earlier this year as his £18,000 caravan had come to the end of its 15 year age limit.

He says that after 15 years from construction, caravans may be sold to another site or scrapped.

Steven, from Leeds, claims he was not told about this and was told that if the caravan met certain standards in a yearly inspection, it would be allowed to stay, GrimsbyLive reports.

He is now speaking out in hopes no one else falls into the same trap.

He explained: "There have been a lot of arguments about the '15 year rule' since I've been on the park.

"I myself have been here for 25 years, owning four different caravans and spending a small fortune with the resort.

"When we bought our current caravan, we were told we could keep it on the site as long as cleanliness was maintained and it was tidy.

"However, in March, I was told that I would not have my caravan renewed and that my tenancy would run out in April next year.

"I originally bought the caravan for £18,000, but have now had to sell it to them for £2,000 – even though I know it's worth at least eight or nine thousand – because of this rule.

"They've paid me an absolute pittance for it and on top of that, they're charging me a disconnection fee to have the caravan removed.

"It's not even 50 yards from the entrance and I have to pay £400 even though it's them who want to remove it.

"If I wanted to leave I would understand paying the fee, but they're the ones kicking me off, it's just wrong."

Steven added: "I don't want this to happen to anyone else, it's just not worth it, especially with them raising their prices.

"I'm just so angry about it all as it'll cost them nothing to get rid of the caravan, but they're making me pay for it.

"It's just plain greed in my eyes. I also think it's disgusting that all I've had is a phone call explaining that they wouldn't be renewing my contract, no letter or email.

"It makes you feel as though you're just a pound sign to these people."

Away Resorts, who recently took over the Cleethorpes Beachcomber Holiday Park, said: "Mr Richardson’s License Agreement tenure period expires in early 2022 and he has decided to sell his home to a trader. At the end of the tenure period caravan owners have the following options:

"The owners are informed that there will be a disconnection fee when they sign the Licence Agreement at the start of the contract.

"This fee consists of disconnecting elements of the caravan such as plumbing and moving the caravan from its pitch."

Previous : Philippines set to resume resupply mission to South China Sea
Next : Dad whose four kids and ex-wife were murdered by her husband begs for him to die in jail