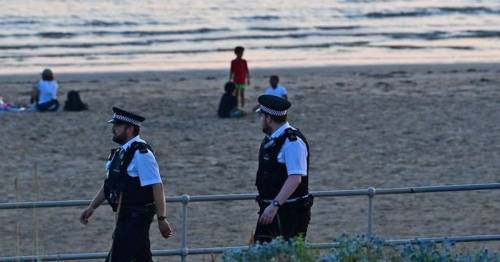 Screams from families enjoying the sun echoed around a beach as a group of men were pulled from the sea in a desperate rescue attempt.

James Pugh said people rushed to help a group of five men struggling in the water at Crosby Beach on Tuesday night.

Merseyside Police have confirmed that one of the men, named today as Hamza Mansoor, has sadly died and a second man remains in a critical but stable condition.

James told the Liverpool Echo he was having his tea on the beach with his partner and two stepchildren at around 7pm when he heard shouting from the water.

He said when he noticed splashing he sprinted to the waterfront to see what was happening. 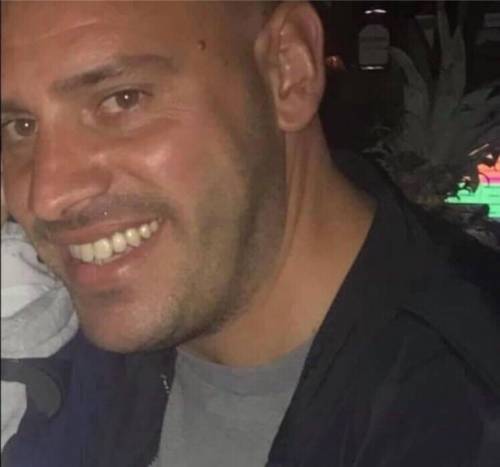 James Pugh has spoken of the heroic efforts of people at Crosby Beach on Tuesday evening
(Image: James Pugh)

After getting closer to the water's edge he realised there was a group, thought to be in their 20s, in difficulty.

The 38-year-old said: “I sprinted down, when I got to the water I noticed lots of splashing from a group of guys but couldn't hear what they were saying.

“There was a lady on a paddle board so I walked further out into the water and shouted ‘do they need help?’ and she said ‘yeah they're drowning.’

“I was still in my work boots and they sank, so I managed to get them off, then swam as fast as I could to paddle board.”

James said when he reached the lady on the paddle board she was trying to help three of the five men onto the board and out of the water.

James said one of the men was fully submerged under the water so he swam him back to the beach. 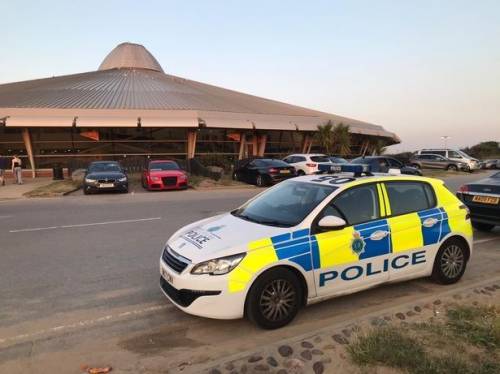 A man has died and a second man is in hospital following the incident
(Image: Liverpool Echo)

He said: “Everyone was screaming. I said ‘no one panic’ and I said ‘don't rock the board.’

“I managed to get hold of one guy who was fully submerged. I put my arms underneath him and swam him back to shore.

“Everyone then noticed it was an emergency and tried to help and started giving him CPR.”

James said he believes two of the men managed to swim back themselves while the lady on the paddle board helped get the other two out of the water.

He said: “That lady on the paddle board, what she did was amazing and so brave considering people could have tipped the board over.

“She was saying ‘don't let me get in the water’ , she must have been worried they'd drag her under. 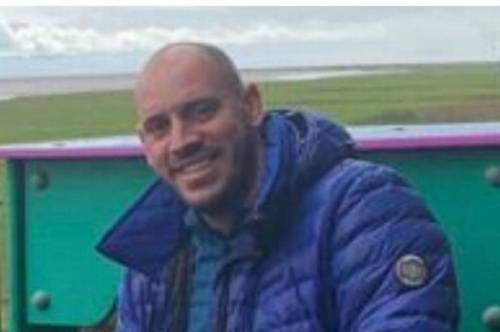 James said people were screaming as they rushed to help the men
(Image: James Pugh)

“The current was bad. I swallowed a lot of sea water myself.”

James said it all happened 'so fast' and he made it in and out of the water in five minutes.

After all five men were out of the water he said lifeguards from the nearby swimming baths and emergency services arrived.

He added: "It was horrific, there were a lot of people trying to help and a lot of shouting and screaming."

A police spokesman said: "We can confirm that a man has died and two men were taken to hospital following an incident at Crosby Beach last night, Wednesday 20 July.

"At around 7.10pm, emergency services attended the beach following reports of three men in their 20s getting into difficulties in the sea. All three men were taken to hospital.

"One man was sadly pronounced deceased a short time later. A second remains in hospital in a critical but stable condition and a third has been discharged. 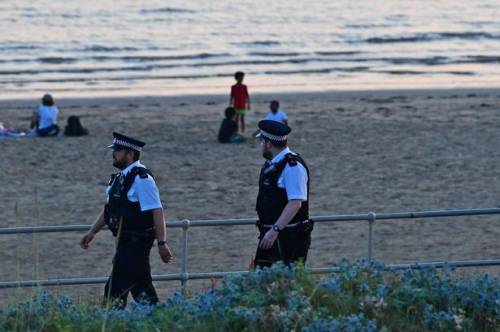 A man has died after getting into difficulty at Crosby Beach
(Image: Liverpool Echo)

"The deceased man’s family have been made aware and are being supported by officers.

The news of the struggle at Crosby beach comes after it was revealed that nearly a dozen people have drowned while the UK has been in a heatwave this week.

The tragic deaths of a 15-year-old as well as a woman aged in her 60s brings the death toll for those who have drowned to 12.