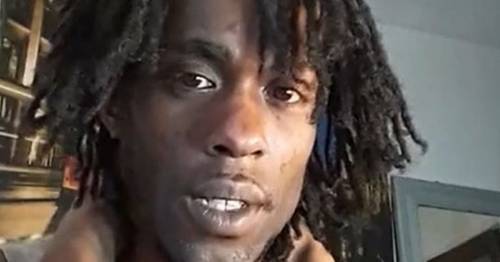 A gardener has spoken of the moment he tried to save a couple who were killed in a tragic motorbike crash, leaving their five children orphaned.

Antonio Forsythe, 34, was one of the first people on the scene of the incident in which Mohammed Shahdab and Sheikala Razaq, both 39, died.

The alleged hit-and-run happened on Fox Hollies Road in the Acocks Green area of Birmingham at 5.45pm on June 5.

The two parents were travelling on the same motorbike and were pronounced dead at the scene, West Midlands Police said.

A 47-year-old man, who was arrested on suspicion of causing death by dangerous driving, has been released pending further investigation.

Mr Forsythe, who witnessed the crash on Saturday, said he tried to administer CPR to the couple until paramedics arrived, Birmingham Live reports. 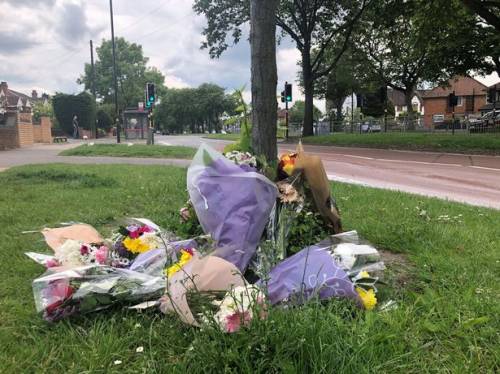 Floral tributes left at the scene of the crash
(Image: PA)

He explained: "I was the first person to get to them. My phone was dead but luckily 10 seconds later a few other people came over. They must have heard the bang.

"I was the one who put them in the recovery position. Everyone was slightly apprehensive because they weren't in a good way. People were panicked because we didn't want to hurt them.

"It was traumatising. I'd never seen them before, they were two strangers. I tried to save their life, but I couldn't."

Antonio, who goes by CitizenX on social media, said he felt "guilty" for not being able to save the couple. 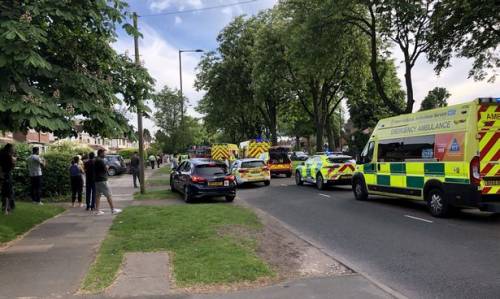 He is now calling for speed bumps to be installed at the site and for better education on road safety to stop another life from being lost.

"I've written to my MP and I've been doing posts online about putting together a petition," Antonio said. "I think there needs to be better road safety measures and education as well.

"I met someone this morning who said they had an accident there some time ago. This is the fifth or sixth accident on this road that I know of since the start of the year."

He said the children who lost their parents in the latest collision need to know something is being done. 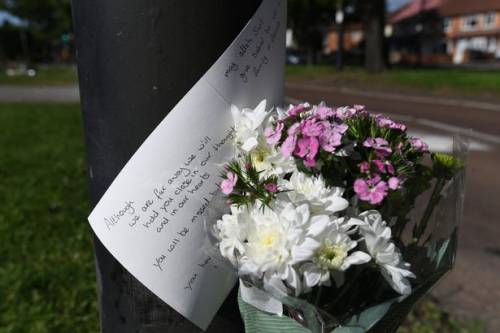 The fatal crash left Mohammed and Sheikala's children orphaned and a GoFundMe page was set up on Sunday by cousin Waqar Hussain.

Mr Hussain posted on the GoFundMe page : "Yesterday (05/06/2021) we lost our dearest cousins Shadab and his wife in a tragic motorbike accident in Acocks Green, Birmingham (UK).

"Both were a pillar of strength to their surviving family and were much loved, respected and upstanding human beings within the community.

"This is a tragic loss to our whole family and sadly Shadab and his wife leave 5 daughters aged between 5 to 17 orphaned by this huge tragedy.

"Losing one parent is tragic enough but to lose both at the same time, is just heartbreaking and unimaginable.

"This go fund me page is to help raise funds to support their five young daughters."

At the scene of the incident on Monday, many floral tributes could be seen at the foot of a lamppost and a tree. 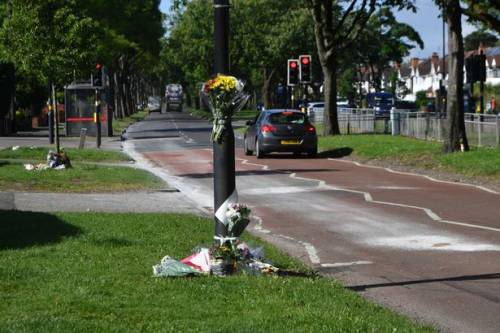 The scene of the incident on Fox Hollies Road in Acocks Green, Birmingham
(Image: BPM Media)

One tribute read: "May you both rest in eternal peace. A tragic end to your beautiful lives. Bless you both."

Another said: "Although we are far away we will hold you close in our thoughts and in our hearts. You will be missed but never forgotten.

"You have captured a place in our hearts."

Police said the circumstances of the crash remain unclear and have urged any witnesses or anyone with information to contact them.

Officers previously said a blue Saab may have been involved but left the scene.

The force said officers are reviewing CCTV but are keen to secure further footage.