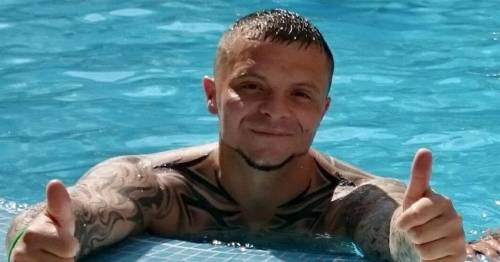 A man who struggled with months of lockdown after years of battling depression was found dead in his flat surrounded by empty bottles of vodka.

Benjamin Nicolas Davies – affectionately known to his friends and family as 'Bunny' – was found unresponsive in his flat on February 26.

The 39-year-old, described as 'loyal' and 'warm-hearted' by his family died from drinking excess alcohol, Yorkshire Live reports.

He had been living alone in his flat in Scarborough and had succumbed to bouts of depression during his life but had found the months of lockdown particularly difficult.

His mum Geraldine said her son had found living away from his family in the south of England tough and she had tried to organise for him to return home to be around people who loved him. 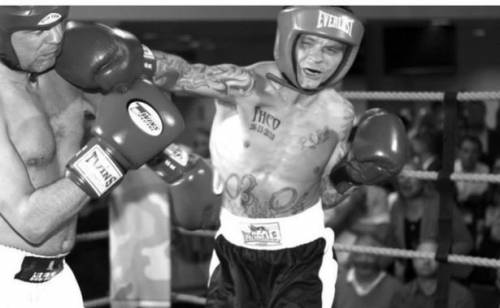 He was passionate about boxing

She said: "His self-esteem was so low but he would just never ask for help. You could tell the lockdown really affected him.

"He was very proud but he would take the help if it was engineered for him."

His two brothers, James and Jon, also paid tribute at an inquest into his death that was held yesterday in Northallerton.

The court heard that Mr Davies had a history of alcohol and drug abuse and was living in Bournemouth in 2017 when his mother urged him to go to York to be around his son.

When that proved unsuccessful, he was provided with a flat in the Eastfield area of Scarborough where he lived alone.

Mr Davies had been out of work for five years at the time of his death and had become overweight, which made him self-conscious and caused him to become a recluse from the outside world.

He had also approached doctors and mental health teams about his ongoing troubles but, his mother said, he "never got the help that he needed".

Geraldine said: "I could see he was struggling. He just wanted to block everything out.

"I really wanted to go and help him but couldn't because of the pandemic."

She added that she tried to arrange for him to move closer to her in Dorset but this also proved problematic due to the pandemic.

Police and emergency services had to break into Mr Davies's flat on February 26 after concerns were raised by his family after they hadn't heard from him for a few days.

Geraldine said: "My son just wanted help. He was crying out for it. I could see so why couldn't anyone else.

"His death should never have happened. He didn't want to die. His brothers and myself all loved him."

He did not log the death as a suicide though as Mr Davies had never expressed thoughts of suicidal ideations.

His brother Jon joked: "If I was to share anything about Bunny it's probably not the right place", before saying that Mr Davies was a "very loyal" person.

He said: "He would do anything for anyone else. He was very, very caring. Certainly of anyone who was unfortunate or had issues.

"He seemed to care more about everyone else than himself."

He also said that Mr Davies had a "very good sense of humour" and an "infectious laugh".

Mr Davies's other brother James added that Bunny had a "heart of gold".

A fundraiser has been set up in light of the death to raise money for a local boxing gym that he attended, which can be visited here.