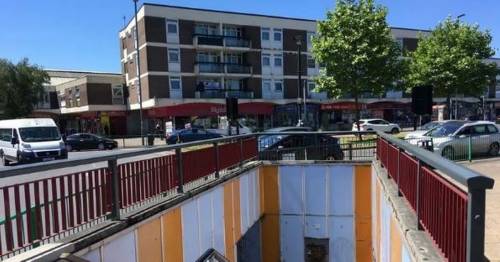 Police investigating an incident which saw a man stabbed during an attempted robbery are searching for a group of schoolchildren.

The victim, a 26-year-old man, said he was approached by the children as he walked through a subway in December.

When a boy asked to borrow his phone the man refused and the boy is accused of snatching it from him.

The victim grabbed it back and ran away but claims the children gave chase, and the man later suffered a stab injury, reported Birmingham Live.

Birmingham Police tweeted: "The victim was approached by a group in the subway beneath Birchfield Road, Perry Barr, at around 4pm on 15 December.

"One boy asked to use the 26-year-old’s phone and when he refused the phone was snatched from him.

"He managed to grab it back and ran off but was chased and stabbed in the arm. He suffered a deep cut 4-5cm long but thankfully he’s OK. The offenders ran off."

Investigating officers have carried out checks at local schools to try and track down those responsible for the attack.

Several people online showed their shock at the alleged incident.

One man said: “Absolutely appalling. Need to be taught a stiff lesson.and be held responsible for their idiotic actions.

“Could have been worse for that poor lad.”

Another said: “Well if it was my kid in the photo i'd be marching them down the cop shop. “Hopefully their mom/dad will do the same.”

One more person added: “Parents will be so happy to see their children here.

“I hope you are proud. I would like to see them named and shamed, and for the school to come forward and give a statement, as I am sure it WILL NOT reflect the behaviour of the other pupils. Disgusting behaviour.”

Police are now appealing for information from anyone who may have witnessed the incident.