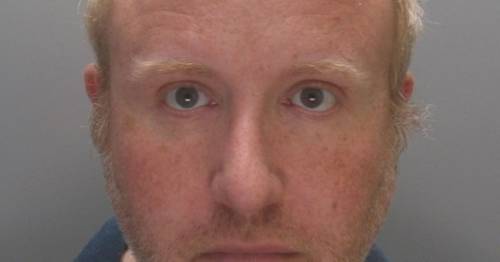 A man hired a male escort with a cheque that bounced for at least the second time now faces jail.

Michael Goldsmith encountered the male escort in the seaside town of Beaumaris in Anglesey where he paid via cheque.

However, the cheque bounced and Goldsmith was dragged to court for obtaining sexual services dishonestly, a court heard.

And this was not even the first time Goldsmith employed this trick.

Back in 2017 he appeared in court for an almost identical trick he played on a student going through financial hardship.

Goldsmith paid for the male escort’s services by cheque which then bounced.

The defendant, of Menai Bridge, admitted to a second charge of paying for the services of an escort or prostitute without paying fully in advance.

This was something he was prohibited from doing because of previous actions which led to a criminal behaviour order imposed at Caernarfon Crown Court in March, 2017.

Appearing at Caernarfon magistrates court, prosecutor Adam Warner asked the magistrates to send the case to Crown court for sentencing.

He said: "This is not the first time he has obtained the services of a male escort while not intending to pay. This was a fraud deliberately committed on what was a vulnerable person."

He said that given the defendant's history and his admission that he breached a crown court order he suggested that the bench commit the case to Crown court for sentencing.

Magistrates agreed and adjourned the case to Caernarfon Crown Court next month for sentencing. Goldsmith was granted unconditional bail until then.

They also ordered a pre-sentence report to be made before that hearing.

Previously, when in court, Goldsmith was described as a man who trawled the internet for male escorts.

He was banned for paying for any goods or services by cheque for five years after he admitted to fraud charges in 2017.

Judge Niclas Parry described him as a "serial conman" as he jailed him for two years.

The court then heard how Goldsmith exchanged messages with a student from Liverpool who was experiencing financial hardship.

They arranged a meet up and then Goldsmith said he had no cash so paid in a cheque, first for £1,000 and then a second one bringing the total to £14,000.

However, this cheque then bounced as well.

Alongside this, Goldsmith committed a number of other offences and fraud.

Previous : Man who stabbed ex 31 times in front of son before she ESCAPED is jailed for 24 years
Next : Tesco lorry wedged in street for 12 HOURS as police arrive to help free stricken vehicle