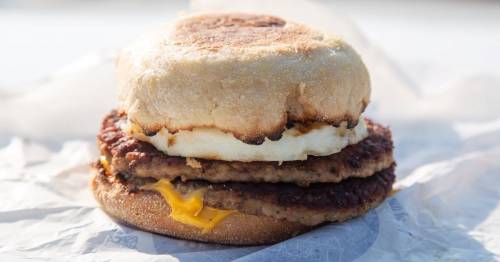 A disgruntled customer blocked a MacDonald's drive-thru for two-hours after objecting to being asked to park in a bay while his double sausage and egg McMuffins was being cooked.

Stewart Yates, 55, vowed to stay put for a week if necessary but moved on after two hours when the police were called.

As reported by the Lancashire Post, the stalemate began at around 9.30am this morning in Leyland, Lancashire, shortly after Stewart drove up to the restaurant in Churchill Way and requested the two breakfast meals.

While the stand-off was still going on, he told the Post: “A week ago I got made to wait in the car park for over 15 minutes.

"A lad spotted me and said ‘oh, it’s him again’, because last time I complained. They said go and wait in the car park… I said ‘I’m not going anywhere until I get my food’.”

Meanwhile a staff member, who said the cars waiting behind Stewart had managed to back out, explained that his order was small, so it would have only taken a minute to prepare.

Stewart, meanwhile, said a girl working at the restaurant came out and threw his money onto his car roof and said he should leave or she'd call the police.

“I said I’m going nowhere until I’ve had my money put back on my card. It’s not a big ask, surely.”

He said he was willing to hold up the drive-thru for ‘a week’ if necessary.

The police, however, were called and Stewart left the restaurant.

Afterwards Stewart explained that he was eventually given a refund and that they tried passing him a long letter they had typed out but he refused to accept it.

He added: "I hadn’t sworn, I hadn’t done anything threatening. I hadn’t broken any laws.”

He said he did not receive his McMuffins, but ordered two Big Macs via Uber Eats when he got home instead.