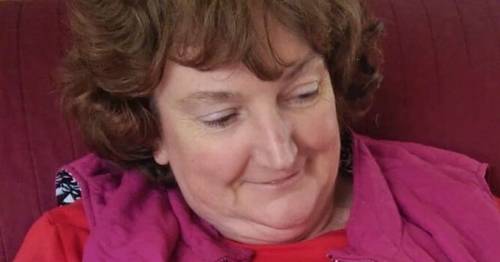 A mum-of-three is feared to have been brutally murdered with a chainsaw in a horrific attack inside her home in a quiet village.

June Fox-Roberts, a 65-year-old company director, was discovered after her family raised the alarm, prompting a huge manhunt.

According to neighbours, Mrs Fox-Roberts was found dead with "extreme injuries" having been dismembered by her attacker.

"We have heard she had lost her arms and legs and that a chainsaw was used. It is quite unbelievable,” one said.

Police have arrested a man in relation to the investigation after scouring the woodland nearby.

Mrs Fox-Roberts lived in the detached home in the village of Llantwit Fardre, near Pontypridd, South Wales, for more than 30 years, until she was found dead on Sunday.

The "kind-hearted" mother had three children, Trisha, Sebastian and Abigail.

“She was a lovely kind lady who everyone liked. This is so shocking."

Her family described her as a "kind-hearted, generous woman who was never happier than when with family and friends around her."

Divorcee Mrs Fox-Roberts had been a director of her family IT firm – but also a renowned cook who had run a bakery nearby.

Coun Trask said: "She was an amazing baker and did amazing cakes. She was very traditional and would never use a microwave. She was well liked by everyone."

A statement from her family said: “We are in utter shock about the death of our mother. Her murder will never make sense to us.

"She was a kind hearted, generous woman who was never happier than when with family and friends around her.

“She loved her family dearly and we will never be the same. We are heartbroken."

Police sealed off woodland behind her home as part of the investigation. An arrest was made two days after her body was found.

A police cordon remains in place at the house and the surrounding grounds.

Police are not commenting on her injuries, but an inquest is expected to be opened. They are not identifying the arrested man.

Patrols have been increased and officers continue to carry out door to door enquiries and follow up every piece of information from the public.

Detective Superintendent Darren George said: “My thoughts are with June's family at this awful time – we have specially trained officers who are supporting them.

“I would like to thank those who have responded to our appeal. Today’s arrest is a significant development but I stress this is an ongoing investigation and anybody with information who has not yet come forward is urged to do so, no matter how insignificant the information may seem.