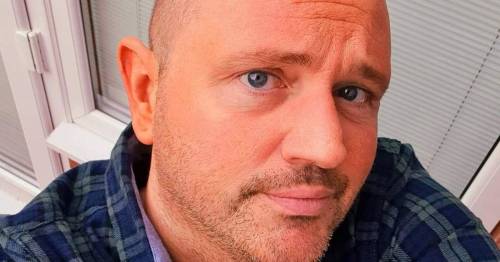 A business boss complained to Premier Inn over his room stinking of smoke – only to be slapped with a £100 fine and accused of causing the stretch himself.

Mark Mallender checked-in for an overnight stay at the budget chain hotel in Dover, Kent, on May 8th while travelling for work.

When checking into his double room at Premier Inn Dover, on the A20, he noticed a cloying smokey smell in his room, which was strongest in the bathroom.

Spotting the window was open, the 40-year-old initially believed it to be from someone puffing away outside and that the pong would pass.

But when he returned to his £49 double room after grabbing dinner, the smell still lingered so Mark popped down to reception to report it.

Mark Mallender, from Wilmslow, Cheshire, checked-in for an overnight stay at the budget chain hotel in Dover on May 8th
(

The training course managing director was given a customer complaint card and then endured an unsettled night where he struggled to sleep due to the smell.

Mark was stunned when he later received a stinging letter blaming HIM for the smell, stating that 'evidence' had been discovered in his room and that he was being hit with a £100 bill.

However the businessman claims he has never even smoked a cigarette in his life – and says he wouldn't even know how to.

Mark, from Wilmslow, Cheshire, said: "I'm not a smoker, I never have, I wouldn't know how to.

"If they had found anything it was from the person before and it was fairly well hidden because I didn't see anything in the waste paper bins or anything like that."

"I left it for a while. I went to get something to eat and when I went back to the room that was when I could still smell it.

"It was at that point I went to reception but the guy on reception wasn't particularly interested,” he said.

"He gave me one of the customer complaint cards. I went back to the room and filled that out, the only response I got from that was a generic standard reply."

Mark said he returned to his room and aired it as best he could in a bid to banish the smell before heading to bed, where he said he didn't have a great night's sleep.

Mark said: "I didn't have the window open all night because I'm quite a light sleeper, the window was open right until the point I went to sleep and then the next day.

"Clearly whoever had been in there smoking had done so in the bathroom, because that's where the strongest smell was.

"I didn't sleep very well, it was disrupted because you could smell it continually in the room."

After his stay in the budget hotel, Mark was stunned to receive a letter blaming him for the smell and fining him to 'restore the room back to its smoke-free condition and any lost revenue while the room cannot be sold to other guests'.

Mark said: "I went on holiday for a week and when I came back I saw this letter. It had the Premier Inn logo on the envelope and I thought they were responding to my complaint.

"I was quite stunned when I read the accusation that I'd been smoking and enclosed with the letter was the receipt that they charged me £100 to my Premier business account.

"I genuinely thought they were responding to the complaint that I raised but in reality they were suggesting it was me. I was very disappointed.

"It's quite a stinging fine to receive. They said they took it was to make the room usable for the next person.

"I'm pretty disappointed with how this has unfolded.

"You would hope that before they were to proceed with their allegation they may have researched to see if anything has been raised but clearly that didn't happen.

"I'd like an apology from them and I would like them to explain to me what the evidence that they claim to have found was and how they prove that was linked to me because it wasn't.

"It's certainly made me more wary. If there's a very small issue or a similar situation I'll be making sure it's raised straight away to avoid allegations in future."

Premier Inn said they were liaising directly with the guest to rectify the issue.

"At Premier Inn, we operate a non-smoking policy that's been in place since 2008. As part of this policy we do not allow smoking inside any of our premises (this includes the use of e-cigarettes), but we commit to provide designated permitted smoking areas at all our hotels.

"Our team has discovered today that following your departure from our Premier Inn, there is evidence that you were smoking in your room (very strong odour of cigarettes in the room and other evidence which has been retained). This does not comply with our non-smoking policy which we've taken care to communicate to you via in-room communication, our websites, and as part of our standard booking terms & conditions, please see below:

"15. Premier Inn expectations of you (and your group)

"Therefore, we regret to inform you that we will be charging this fee to the card that was used for payment of your booking. This charge would cover the cost of restoring your room back to its smoke-free condition and any lost revenue while the room cannot be sold to other guests.

"We are sorry that we have had to resort to this action, but we do hope that you can appreciate that as we are a non-smoking hotel chain, we cannot condone these actions."