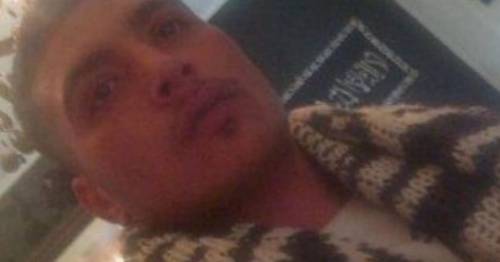 Members of the public accused a man being restrained by a police officer of “faking it” as he fell unconscious and died, an inquest has heard.

Abdul Hamid, who had mental health issues, died on a driveway in Broad Lane, Coventry, after he was detained by a West Midlands Police Officer, PC Marmesh Loi, and two members of the public.

The incident, which occurred on May 1 of last year, came after Mr Hamid allegedly fled the scene of a car crash before he was “chased” by the public and handcuffed by a policeman.

Birmingham Live reports , PC Katie Win, who was called to the scene as back up, arrived to find a “quiet and unresponsive” Mr Hamid in handcuffs with his face to the floor.

Members of the public looking on suggested that he was “faking it”.

The incident, which occurred on May 1 of last year, came after Mr Hamid allegedly fled the scene of a car crash
(

Giving evidence at the inquest, PC Win told Coventry Crown Court: "At 8am we had information over the radio from PC Loi that he had come across a two-car RTC.

"He requested for another unit to attend the location.

“Whilst en-route to the incident, further information was passed through the radio: information that the male – who was believed to be one of the drivers in collision – had fled the scene.

"There were up to ten members of the public stood on the pavement and a male on the floor who was handcuffed.

"I was confused by the information that was fed to me. I was expecting to turn up to a male that was agitated or potentially violent.

"I remember approaching the driveway and members of the public saying: 'He's faking it, he's faking it'.

"PC Loi told us that the male had just been fighting with members of the public. I remember him telling me that he had gone quiet and unresponsive. I recall him stating the phrase that he also thought he was 'faking it'".

Checks were carried out on Mr Hamid to assess whether he was breathing, conscious and had a pulse but it was determined he was unconscious.

PC Win continued: "We sort of rolled him towards him and sat him up.

"There was no response from him. I was squeezing his ear lobe as we were taught in training by creating a small pain stimulus they might be more likely to respond."

As he was unresponsive, officers took the handcuffs off Mr Hamid and laid him on his back where they again checked for signs of breathing.

Again there was no response, so compressions were started by an officer before paramedics arrived on the scene.

The ambulance crew were unable to save him and he was pronounced dead just before 8.45am.

Mr Hamid had a history of mental health problems and drug use and had been diagnosed with schizoaffective disorder, which was being managed with medication, his family's solicitors said.

Paying tribute to Mr Hamid, his family said he had a "big heart and an infectious smile, who touched the lives of those around him with his kindness and positivity".

They say they hope the inquest will examine the medical cause of his death including the "effect of the restraint on Abdul’s condition."

West Midlands Police said it was unable to provide a statement until the conclusion of proceedings.

Previous : Camilla’s tribute to women whose lives were ‘brutally ended’ like Sarah Everard
Next : Eric Garner’s mother speaks out on first days of NYPD judicial inquiry