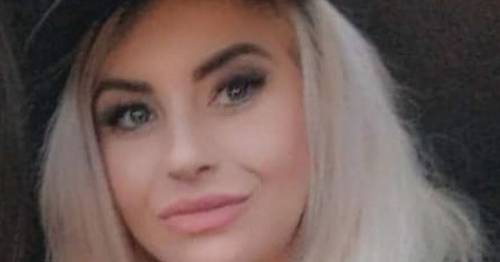 Police have arrested a man as part of a murder investigation following the death of Aimee Jane Cannon.

Aimee Jane, 24, was found with a number of serious injuries at a property on Learmonth Crescent in West Calder at around 6.35pm on Saturday, May 7.

A massive police presence has been reported at the scene over the last three days as forensics cops investigate what took place.

Now a 25-year-old man has been arrested in connection with her death, police announced late on Monday night, reported the Daily Record.

Police also said that enquiries are continuing and appealed to the public for information.

In a short statement released on social media, West Lothian Police said: "A 25-year-old man has been arrested in connection with the murder of Aimee Jane Cannon.

Police are appealing to the public for information over the death

"Aimee Jane (26) was found with a number of serious injuries at a property on Learmonth Crescent, West Calder around 6.35pm on Saturday, 7 May, 2022. Enquiries remain ongoing following the arrest.

"Members of the public can still submit information via an online portal. The Major Incident Public Portal (MIPP) is a website that gives the public access to a form so they can send information directly to the major incident teams based at the Scottish Crime Campus: https://mipp.police.uk/operation/SCOT22S14-PO1

Earlier Detective Superintendent Andrew Patrick, reported the Scottish Daily Express, said: “Our thoughts are very much with Aimee’s family and friends at this difficult time for them.

“Aimee has been the victim of a brutal, sustained attack and we will have a continued police presence in the area while our investigation continues.

“I would like to reassure the local community that everything is being done to trace the person responsible.

“I would also urge anyone who may have information which could help our investigation to come forward.

“We would be keen to speak to anyone who may have seen or heard any signs of a disturbance at the property on Learmonth Crescent to get in touch.

“We are also studying CCTV as part of our investigation and anyone who may have private footage, perhaps from a dashcam or doorbell camera, is asked to check this and pass on anything notable to us.”

Previous : A minke whale was spotted in Montreal. Experts worry for its safety
Next : Policeman ‘tracks cheating wife through phone before killing lover and himself’