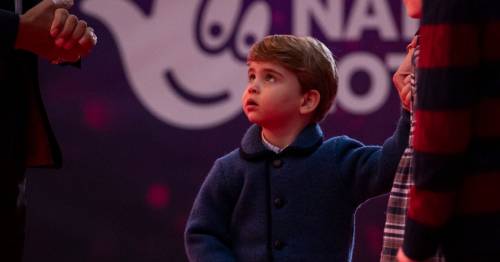 Prince Louis made his first appearance in front of the world at just a few hours old on the steps of the Lindo Wing.

And just a year later, he made his debut on the Buckingham Palace balcony during Trooping the Colour in 2019.

But there is one royal milestone the three-year-old has yet to hit – even though his younger cousin Archie already has, and it's partly down to the Covid pandemic.

Louis has yet to go on a royal tour, which is mainly due to the travel restrictions that have been in place since early 2020.

Meanwhile, Archie joined his parents Prince Harry and Meghan Markle for their trip to South Africa in 2019.

We only got to see him a few times, and the highlight of the busy visit was when he went to meet Archbishop Desmond Tutu.

His older siblings Prince George and Princess Charlotte were both considerably younger than Louis on their first overseas tour.

George went on his first royal tour when he was just nine months old, visiting Australia and New Zealand with his proud parents.

Charlotte made her royal tour debut in 2016 when she joined the family on a visit to Canada at 16 months.

Meanwhile, Louis' dad Prince William has given a rare update on his youngest son revealing how he just enjoys "playing outside the whole time".

William talked about his children during an interview on BBC podcast Newscast, on which climate change ahead of his Earthshot Prize Awards at the weekend.

In the interview, the duke shared his worries about his children's generation who might still be talking about climate change in 30 years, when it "will be too late".

He was also asked if his oldest son Prince George, had started asking questions about what his impact on the planet is.

And he revealed Louis' love of the outdoors, as well as George's concerns for the future when it comes to climate change.

William said: "I think he [George] has a definite sense of realisation and understanding so education is really key.

"So, for instance, knowing not to overuse water, being careful with our resources, turning off light switches, things like that, which was instilled in me growing up.

"So yes, he is acutely aware, more so than the other two at the moment.

"Charlotte is just a bit young, she's still not quite sure and actually Louis just enjoys playing outside the whole time – he lives outside.

"But I think it is slowly dawning on them that these things matter but when you are that young, you just want to have fun and enjoy it."

Previous : EU appeals to shared values to tempt Taiwan’s chip firms
Next : Man claims GP refused appointment and asked him to go to A&E for prescription