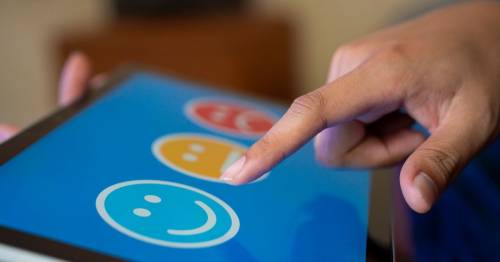 A major clampdown on online fake reviews is underway with 2.7 million bogus reviews removed during the past 12 months.

Around 46.7 million reviews were left on Trustpilot’s global review platform over that period – with an equivalent 5.8 percent taken down after they were found to be fictitious.

The consumer website has invested heavily in fraud and anomaly detection software which has sped up and enhanced the process of identifying and removing fake reviews.

The improvements in detection software have also led to an increase in automated warnings to businesses.

And has also seen increased action against a number of review sellers and further takedowns of groups and pages on other social media sites.

This has in turn helped Trustpilot to more confidently take stronger enforcement action against bad actors.

The number of public warning banners (2,637) placed at the top of businesses’ profiles pages to alert consumers increased fourfold in 2021.

While 1,425 formal ‘cease and desist’ letters were also issued to ‘bad actor’ businesses – an increase of 38 per cent year on year.

The data was revealed as part of the firm’s second ever Transparency Report, which reveals the measures it is taking to safeguard against fraudulent reviews.

Founder and CEO Peter Muhlmann said: “Any attempts to manipulate and undermine confidence in our platform cannot and will not be tolerated.

“Over the last year we have continued to make significant investments and progress in our detection technologies and enforcement strategy.

“This is helping us to increasingly take more confident action against those breaking the rules.

“Those seeking to mislead consumers will always look for new ways to exploit and manipulate reviews.

“But as our report shows, we’re committed to stamping out bad actors and protecting the integrity of our platform.”

Reasons businesses have faced action in the past year include incentivising consumers and selectively inviting happy customers to leave reviews.

Other reasons include abusing the reporting tool by repeatedly only flagging negative reviews to Trustpilot or soliciting fake reviews – all breaches of its guidelines.

Earlier this year, the consumer website announced a new legal strategy as part of its effort to tackle fake reviews.

The company is now filing litigation cases against businesses which refuse to play by the rules and fail to respond to repeated enforcement.

The latest to be subject to legal action, following Global Migrate in February 2022, are online photography equipment retailer, SO Cameras, and European property company, Euro Resales.

The company is hoping to help online shoppers
(

Both companies have attempted to mislead consumers through the use of fake reviews.

More than 500 suspected fake reviews from SO Cameras’ Trustpilot page have been detected and removed.

This represents more than two thirds of all reviews submitted to the page.

And 437 fake reviews have been identified and taken down from Euro Resales’ page, which is also more than two thirds of all reviews posted on its site.

Carolyn Jameson, Trustpilot’s Chief Trust Officer, said: “Our research has found that consumers are concerned about misinformation online – and we remain committed to tackling that problem.

“As the growth of online shopping shows no signs of slowing, we know that both customers and businesses rely on reviews more than ever.

“But the way these reviews are managed varies greatly across the internet.

“That’s why it’s so important for us to set an industry standard – trust and transparency is at the heart of everything we do.”

Previous : Teen who thought she was constipated gave birth to surprise baby alone in bedroom
Next : Vladimir Putin loses ANOTHER colonel in huge blow to war effort in Ukraine – World News