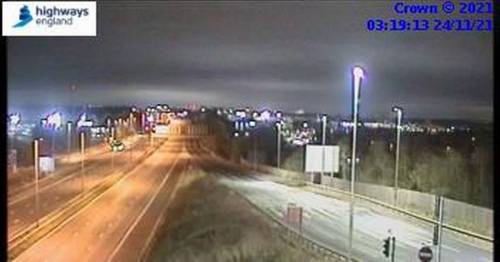 The M62 has been shut in both directions due to what has been described as a 'serious collision'.

The road is shut between Junction 7 at Rainhill and Junction 8 at Westbrook near Warrington.

National Highways: North-West announced the closure on Twitter just after 3am on Wednesday.

Officers from North West Motorway Police are at the scene along with National Highways personnel.

Highways England said it expects normal traffic conditions to resume by 5.30am. Police confirmed officers were at the scene of a serious collision.

National Highways: North-West said: "Please be aware the #M62 is currently closed in both directions between J7 #Rainhill and J8 #Westbrook near #Warrington due to a police led incident. We are in attendance assisting @NWMPG.