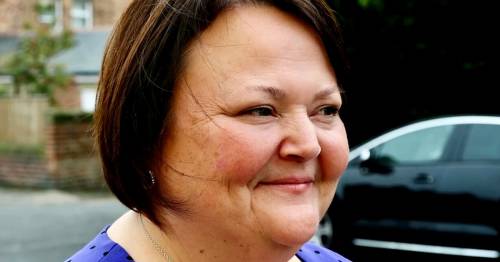 A lorry driver killed a "dedicated and skilled" nurse after he ploughed into her car while getting a can of fizzy drink out of his bag, a court heard.

Kenneth Wilson, 55, was jailed for 28 months after he took his eyes off the road and fatally injured Tanya Forrest, 51, in a crash on November 3, 2019.

Wilson was driving an 18-tonne truck when he collided with Tanya's Ford Ka vehicle – after she had pulled over onto the side of A189, near Cramlington, Northumberland.

Newcastle Crown Court heard that the impact of the crash caused the Ford to flip on its roof, with Tanya pronounced dead at the scene of the incident.

An unnamed 75-year-old passenger, who was also in Tanya's vehicle, suffered life-changing injuries as a result of the "catastrophic" smash.

And last Friday (May 6), a judge jailed him for more than two years and banned him from driving for three years and eight months.

PC Steve Raeburn, of Northumbria Police's motor patrols department, said: "This is an absolutely tragic case that reinforces the potential consequences of driving without due care or attention.

"Wilson's lapse in concentration as he reached for a drink out of his bag has resulted in an absolutely catastrophic outcome.

"My thoughts go out to Tanya's family and friends who continue to battle with the pain and anguish ever since her death."

PC Raeburn added: "Had Wilson have been paying attention, he should have been able to recognise and respond to the stationary vehicle that had pulled over at the side of the carriageway.

"He had sufficient opportunity to avoid the collision – but failed to do so.

"No sentence could ever fill the void left in the lives of Tanya's loved ones, but I hope this outcome and seeing the person responsible for her death convicted at court can offer some comfort.

"We all have a duty to drive in a safe and lawful manner in order to protect all road users.

"We will continue to seek effective justice against anybody who flouts the law and endangers the lives of others while behind the wheel of a vehicle."

In a statement after Friday's sentencing, Tanya's family said their world would be "forever lopsided" following her passing.

They said: "There were two things Tanya loved above anything, her family, and her vocation.

"We loved her and there are no words adequate for the deep grief and sorrow we feel at her untimely passing.

"She was a proud, dedicated, and skilled nurse.

"If she had not been killed in November 2019, she would have been on the front line against Covid-19, standing shoulder to shoulder with her colleagues in the NHS, caring for patients and working long hard hours to help eradicate this pandemic.

"It is not just her family that have felt her loss, the world will be forever lopsided because she is no longer part of it.

"We would like to thank the NHS, Tanya's other family, especially the team at the Great North Air Ambulance, Northumbria Specialist Emergency Care A&E and the RVI Trauma and ICU Team who saved our Mam's life against all odds and to Graeme Harrison, Chaplain at NSECC for caring for us and her grieving colleagues.

" Northumbria Police and the Crown Prosecution Service have worked extremely hard in order to reach this outcome.

"We are forever grateful for their diligence and support."