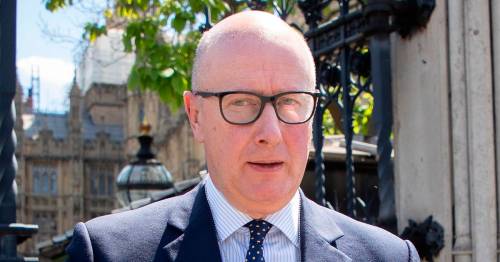 Lord Geidt quit as the ethics watchdog after being put in an “impossible and odious” position by Boris Johnson.

Their resignations are proof of the rottenness at the heart of Downing Street.

Those charged with upholding standards in public life have found it impossible to do so while Mr Johnson is in place.

Instead of showing any contrition or improving his conduct, the PM is considering abolishing the role of ethics adviser.

This is typical of his jaundiced approach to the job and follows his decision to rewrite the ministerial code to his own advantage.

The current system of policing the role of the PM is not fit for purpose. It relies on the occupant of No 10 to act with honesty and decency – concepts alien to Mr Johnson.

The role of the ethics watchdog should not be axed, it should be strengthened.

The mother of 18-year-old Jamie Rees believes her son would still be alive if an ambulance had arrived on time.

Sadly, it is not an isolated incident.

In many parts of the country the ambulance service is struggling to cope, with patients sometimes waiting five hours or more.

It is no reflection of the work of paramedics doing all they can in testing circumstances.

The ambulance crisis is indicative of the wider problems facing the NHS in England.

Tory mismanagement has left a record 6.5million people on a waiting list for hospital appointments. This week Health Secretary Sajid Javid said the NHS did not need any more money – he should tell that to the families of those who have lost loved ones.

Britain is set to swelter in record-breaking temperatures tomorrow.

Let’s hope the good weather continues and a summer washout is not baked in.

Previous : ‘I’m a 72-year-old Tory councillor and I’ve had to take on THREE jobs to make ends meet’
Next : Poorly puppies dumped by ‘master manipulator’ breeder in broad daylight