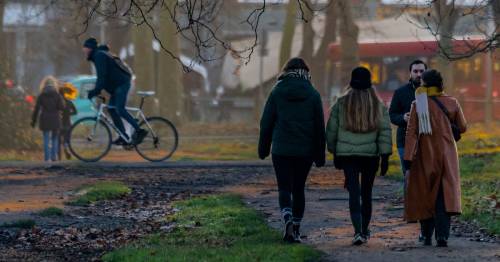 People in London have been warned not to exercise outside today due to 'very high' pollution levels detected in the capital.

The poor air quality is the result of an intense area of high pressure covering western Europe.

As a result, the lack of air movement means emissions from vehicles and other pollutants are not blown away as they usually would be.

The government’s forecast predicts pollution levels will hit band 10, the highest level on the scale.

The last time pollution levels hit this mark was in March 2018.

It warns: "Adults and children with lung problems, adults with heart problems, and older people, should avoid strenuous physical activity.

People with asthma may find they need to use their reliever inhaler more often."

Even healthy people should “reduce physical exertion, particularly outdoors, especially if you experience symptoms such as a cough or sore throat”.

Pollution levels are too high
(

The worst pollution is forecast to be in the city centre, with the dirtiest air stretching from Stratford in the east to Hammersmith in the west, though pollution levels are expected to be high throughout the entire city.

Pollution levels are expected to return to normal by tomorrow (Saturday, January 15).

Earlier this week Sadiq Khan, the mayor of London, said car use had returned to close to pre-pandemic levels, and that the effect on residents could be disastrous.

“If we do not double down on our efforts to deliver a greener, more sustainable future, we will replace one public health crisis with another – caused by filthy air and gridlocked roads.”

People have been told to avoid exercise
(

Next Saturday, a candlelit-vigil is held in south London by the mother of Ella Adoo-Kissi-Debrah on what would have been her 18th birthday.

She died in 2013 aged just nine-years-old following an asthma attack. In December 2020, she became the first person in the UK to have air pollution listed as a cause of death after a second landmark inquest.

She lived with her her family close to the South Circular Road in Lewisham, south-east London Prof Gavin Shaddick, a government adviser on air pollution, called it "a landmark decision".