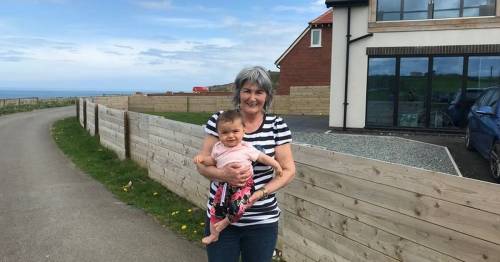 People living in a 'chaotic' seaside town have said they are being driven away by noisy and messy tourists.

Cayton Bay, nestled in between Scarborough and Filey on the Yorkshire coast, has become awash with parks for caravans, motorhomes and static homes, locals say.

The influx has resulted in issues with litter and disturbance, reports Yorkshire Live.

The fact that the beach is one of the region's only dog-friendly places year-round has been blamed for a few too many encounters with dog poo.

The huge increase of visitors and the disturbance it is causing has even led one couple who had built their dream home by the stunning Cayton Bay beach during lockdown to sell up and move somewhere quieter.

The area is popular with tourists – some think it's TOO popular
(

But annoyances with tourists aren't felt village-wide with divided opinion about the popularity of the area.

Melissa and Rowena, originally from the Philippines, described a nice, quiet location with an idyllic balance of nature and community.

Melissa acknowledged that the tourists at the campervan sites brought some disruption, but "we can't do anything about it and we are happy here".

She said: "You will get lots of people walking from the village to the beach – even when it's cold – but it brings revenue to the businesses so it's fine by me."

But nearby two residents who had lived there for decades raised a plethora of frustrations with the vast number of visitors that come and take over the area during the sunnier days.

One of the men said: "I've been cycling on the beach this morning but you have to get there before 10 o'clock if you want to avoid the visitors and dog s***.

The idyllic village changes during the warmer summer months
(

"I've been here quite a long time and I have seen it change. The people come from their static caravans and walk their dogs down and you get them looking into our gardens. You'd think they live here the way they stare at your drive and look in your windows."

He said that the number static homes and spaces for campervans had surged dramatically in recent years, while there was a need for more residential properties in the area for young people.

He said: "They are making a fortune from building tons of static caravans. There must have been 40 built in the last six months.

"When I first came it was a nice quiet area. I still go down to the beach first thing and it's magical. But if you were to fly a plane over this place you would be staggered at how many static homes and campervans there are."

The other man, who also didn't want to be identified, was still enamoured with the location decades after moving and made the most of it by going sailing and walking in the countryside. "It's a different place now though", he said.

He said that when he moved in 1984 there was a campervan park run by a local resident but that there wasn't a huge number of visitors and they would often engage with villagers to control any disturbances.

"It's overwhelming now", he said. "Purely for the amount of caravans.

Dogs are allowed on the beach at Cayton
(

"A lot of people are fine because they just come and go but it's noticeable when there's an increase of litter, traffic and noise. And I think the general feeling is that the caravan parks here now don't seem to give anything back to the community."

He said that aside from the caravans, the small community in Cayton was strong and "everyone gets on really well" and there were no issues with houses being purchased and turned into holiday homes.

He said: "It's still a nice place. The coastline is beautiful and there's loads of wildlife around and there are some places you can go and you won't find anyone.

"When the weather's right you feel like you could be anywhere in the world."

At a new build property Richard and Lucy Haxby are on the verge of selling up.

Lucy, who owns a shop on the seafront, said: "The actual living here and the views and being able to walk on the beach and go fishing is fantastic but the rest is a nightmare. I've got the business here but I think if I stay here all the time any longer it will drive me mad.

"There's more surfers. More caravans. They park on this private road. It's getting out of hand."

Richard said that he has had enough of the constant stream of people walking and skateboarding past the house, saying: "We are sick of it."

On the upside for the Haxbys, the increase of interest in the location has seen property prices increase.

The couple said they have found a buyer who wants to turn it into a second home and they think other houses that go up for sale may follow suit.

Lucy said: "I'm sad really. It's a lovely place to live and in winter it's great but it just stresses me that that it's just constant people driving in your drive. When we moved eight years ago it was nice and chilled but now it's chaotic."