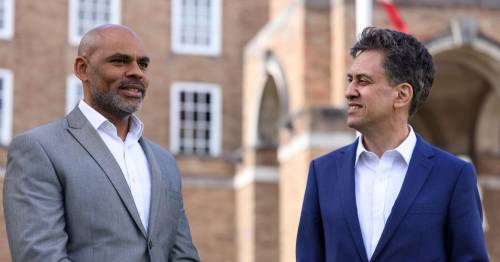 Local elections: What does a mayor do? As Bristol decides to abolish post

The local elections 2022 have been dramatic. Bristol has voted to remove its mayor as an elected position, meaning Labour ’s Marvin Rees will be the last person to fill the spot.

The city was given a choice between maintaining the current mayoral position or replacing it with a committee system, where groups of councillors will be responsible for decision making.

The mayoral post in Bristol was created in 2012, but now just 10 years later the city will begin the process of transitioning away from the model once again.

After the result was announced Mr Reeves said: "I've shared that I think the committee system is a very poor system.

"Work hard, get some clarity on what the committee system actually is, how it will work, stay absolutely focused on delivery.

"This is not just about self-congratulatory times on the campaign, now you've got to take responsibility."

So it seems that, for now, the mayoral system isn’t right for Bristol, but what is a mayor and what do they actually do?

What is a mayor and what can they do?

It is important to note that there are two types of mayors in England and Wales, elected and non-elected.

Whether or not a mayor is elected has major implications for what their job is and what they are able to do.

They have no formal powers and are normally chosen by people of the local community for diplomatic and civil matters. They are regarded as the first person of the borough and are ceremonially the top dog unless royalty is present.

Sadiq Khan, Mayor of London, arrives at his local polling station to cast his vote in the local elections
(

Elected mayors are far more powerful, and are responsible for the day to day running of local council services.

The powerful mayor rose to prominence during now Prime Minister Boris johnson ’s time as the mayor of London, a post still of huge importance and influence under the stewardship of Sadiq Khan.

The exact responsibilities of a mayor will vary from authority to authority, but they are generally in charge of leadership and the direction of the area they look after.

They might set priorities, appoint people to influential roles and generally hold executive power but can delegate powers to other parts of local government.

The possibility of them existing widely across the country was created by the 2011 Localism Act, which was followed by a spate of city-based referendums offering major settlements the opportunity to have a mayor.

It was pushed heavily by then-chancellor George Osbourne, who felt that more power in the hands of cities would help boost economies in those areas.

This round of referendums saw nine cities, including Birmingham, Bristol and Leeds all offered the chance to get a mayor. Only Bristol said yes, with voters sceptical about the need for an extra local politician.