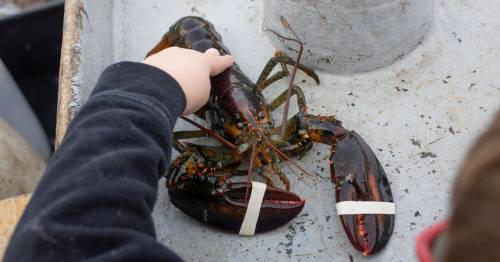 Lobsters, octopuses and crabs’ feelings set to be protected by UK law

Lobsters, crabs and octopuses are sentient beings and should not be boiled alive, a landmark new scientific report has said.

A study by the London School of Economics' (LSE) has found that the creatures should be given a higher priority by the government in regards to their welfare.

Researchers looked at 300 scientific studies to determine how sentient they are, and measure their ability to feel things and experience pain.

They looked at eight categories to measure their sentience, including;

Experts have recommended that the animals should no longer be boiled alive without being stunned firsthand, and also said lobsters and crabs shouldn't be sold alive to inexperienced handlers.

In response to he groundbreaking study, the government is adding those animals to a bill which is currently being debated in Parliament.

Under the Animal Welfare (Sentience) Bill, lobsters, crabs, octopuses, crayfish, squid and cuttlefish will be recognised as sentient beings.

The bill has been designed to ensure future laws have high animal welfare standards. and hopes yo bring about the creation of an Animal Sentience Committee, which will publish reports on how well government decisions have taken account of the welfare of sentient animals.

Jonathan Birch, a professor at the London School of Economics and a principal investigator of the study, said pain and suffering – and an animal's ability to feel those – have a particular relevance in animal welfare laws.

Octopuses are highly intelligent and current slaughter methods are unsuitable
(

“When you respect something as a sentient being, the sort of principles you accept for other sentient beings have to apply,” Birch said.

“Humane slaughter requires training. These are principles people readily grant for any vertebrate.”

However, the report could not find a humane way which would be commercially viable to kill octopus and other cephalopods for human consumption.

Currently fishing boats in Europe slaughter them by clubbing them, slicing their brains or asphyxiating them in a suspended net bag – all ways which the report said is not acceptable.

Animal Welfare Minister Lord Zac Goldsmith said in response to the LSE report: "The science is now clear that decapods and cephalopods can feel pain and therefore it is only right they are covered by this vital piece of legislation".