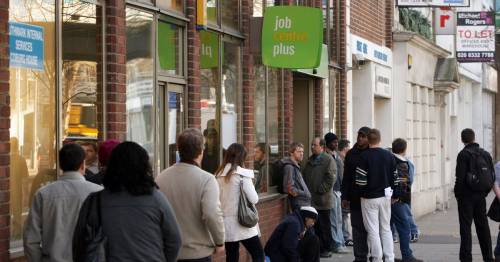 Ruthless loan sharks are gathering outside welfare offices to snap up desperate victims.

They have been spotted ­lurking at a Department for Work and Pensions office and even followed a woman home.

Up to a million people are turning to illegal money lenders to pay bills, despite sky-high interest rates.

Three-quarters of victims are on benefits. Ten years ago 300,000 used loan sharks. Sylvia Simpson, of Leeds-based Money Buddies debt advice centre, said: “They are like vultures. They hang around DWP offices ­waiting for people to come out.

“It’s a crisis situation. Every day people are coming in with no food or with bailiffs knocking on the door.”

One woman was followed on a bus from her DWP office in Leeds, then tricked into accepting a £50 loan to buy food.

She had second thoughts and went to a debt advice centre in the city, which paid off the loan.

Ms Simpson told of a client where the loan shark waited outside the school gate for her child because he was a friend of the family. She said: “The mum had arrived after him and she was really intimidated. That’s the sort of thing they do.

“You borrow £50 and they come back the following week and demand £100. It spirals out of control and people don’t know what to do.”

Authorities have hit back in some cases. This month, 10 investigators from England Illegal Money Lending Team, backed by cops, seized £3,000 in cash and papers in Oldbury, West Midlands.

The Centre for Social Justice think-tank said lenders often pose as friends before demanding back twice the amount a few weeks later. The CSJ’s Joe Shalam said mounting pressure on home budgets, lack of any savings and increasingly limited credit options “is liable to produce a perfect storm” in which people are exploited.

Four in 10 households face fuel poverty this autumn when energy bills already up 54% to nearly £2,000 are expected to surge by another £600.

The CSJ is urging a clamp- down on illegal lending, including scaling up EIMLT operations and encouraging more credit unions to help those at risk. It has also called on the Government to renew its fight against loan sharks.