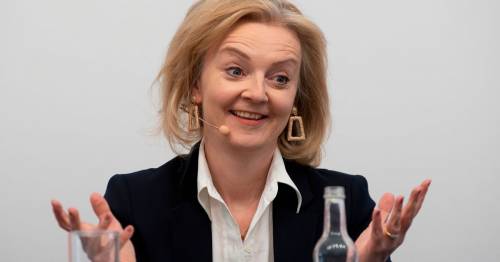 Foreign Secretary Liz Truss urged Brussels to be “pragmatic” ahead of a crunch Brexit showdown with the EU’s top negotiator tonight.

The Cabinet Minister hosts European Commission vice-president Maros Sefcovic for their first face-to-face talks since she was handed the job of overhauling the Northern Ireland Protocol.

The Foreign Secretary will serve up a menu of classic British fare of Scottish smoked salmon, Welsh lamb and Kent apple pie when she welcomes Mr Sefcoovic to her Kent country retreat, Chevening.

She will “urge the EU to fix the problems in the Protocol to deliver for Northern Ireland and protect the Belfast (Good Friday) Agreement”, the Foreign Office said.

The Foreign Secretary is putting on a slap-up meal of salmon, lamb and apple pie
(

Ms Truss, who has threatened to rip the existing pact by triggering Article 16, added: “There is a deal to be done that protects peace in Northern Ireland, defends our Union and maintains the integrity of the United Kingdom and EU.

“But it will require a pragmatic approach from the EU.

“I will be putting forward practical, reasonable solutions starting from these fundamental principles, with a view to agreeing a plan for intensive negotiations.

Negotiations will take place at Chevening in Kent
(

“The EU has a clear responsibility to help fix the myriad problems caused by the Protocol and protects the Belfast (Good Friday) Agreement.

“As fellow believers in liberty and democracy, we should be capable of reaching an agreement that delivers for Northern Ireland and allows us to unleash the full potential of our relationship.”

The Protocol is designed to prevent a hard border between Northern Ireland and the Republic along their shared 310-mile frontier – the UK's only land border with the EU.

Problems have mounted with the mechanism since the UK formally quit the bloc in January 2020.

The system effectively keeps the province in the EU single market but creates a trade barrier in the Irish Sea for goods crossing from Great Britain – something Boris Johnson previously promised he would never agree to.

Both London and Brussels have outlined plans for improving how the Protocol operates.

Previous : What happens if Boris Johnson resigns as Prime Minister or is sacked – how process works
Next : Kate Middleton keen to not ‘upstage’ Camilla as she is ‘aware of hierarchy’, says expert